A Brief History of the Wabana Mines
by Gail Hussey-Weir
​Author's Note: Each part of this brief history will focus on a specific era in the progression of the Wabana mining operations. The parts as a whole will form a timeline of events in the life of the mines. I am trying to keep it as concise as possible, so there is a lot of detail left out. You can read more about the history of Bell Island on this website under "History" in the top menu, including more "Mining History" and much more about the very interesting lives of "The Messrs. Butler of Topsail," who saw the signs of earlier mining activity on Bell Island and brought it to the world's attention at just the right time. There are also several good articles of mining history under "Publications" in the top menu, especially the Arthur House and F.F. Jardine articles. Keep checking back here as I gradually add to this page.
​History of the Wabana Mines, Part 1, 1891-1898
In 1891, the population of Bell Isle (as it was then known) was 709 men, women and children, living in 135 households at The Beach, The Front, Lance Cove and Freshwater (west). Their occupation was fishing and farming. On August 4, 1892, Jabez Butler, on behalf of a group of 6 who would become known as “The Messrs. Butler of Topsail,” filed three applications to search for minerals at The Back (north side) of Bell Isle. Thus began events that would change the history of Bell Island forever, and would turn a quiet, pastoral island into a busy center of industry for over 71 years.

In May 1893, the Butlers engaged St. John’s merchants Shirran & Pippy as their agents in finding a developer for the mining property. They contacted the New Glasgow Coal, Iron & Railroad Company of Nova Scotia (hereafter referred to as the “Scotia Company”), who happened to be looking for a reliable source of iron ore at that very time. Scotia sent their Chief Engineer, R.E. Chambers, to examine the iron ore beds. In September 1894, Scotia leased the mining rights from the Butlers, and Chambers began making plans for the first pier and tramway across the Island. When surface mining began in 1895, Scotia’s Secretary, Thomas Cantley, named the mine site “Wabana.” Most of the early miners and labourers were former fisher-farmers, first from Bell Island itself, then augmented by men from all around Conception Bay. In late December 1895, the first shipment of iron ore left the Island for Scotia’s steel mill in Ferrona, NS.

Most of the ore went to Nova Scotia in the beginning, with small amounts sold in the U.S., Rotterdam and Glasgow, Scotland. Operations were seasonal, starting in late spring after the Arctic ice moved out of the bay and ceasing in November. Germany became a major customer in 1898 and would remain so throughout the life of the mines. By then, 450 miners were employed.
​
The photo below shows some of those early miners. It is entitled "West Mines, Scotia Company" from a 1902-03 album at the Bell Island Community Museum. 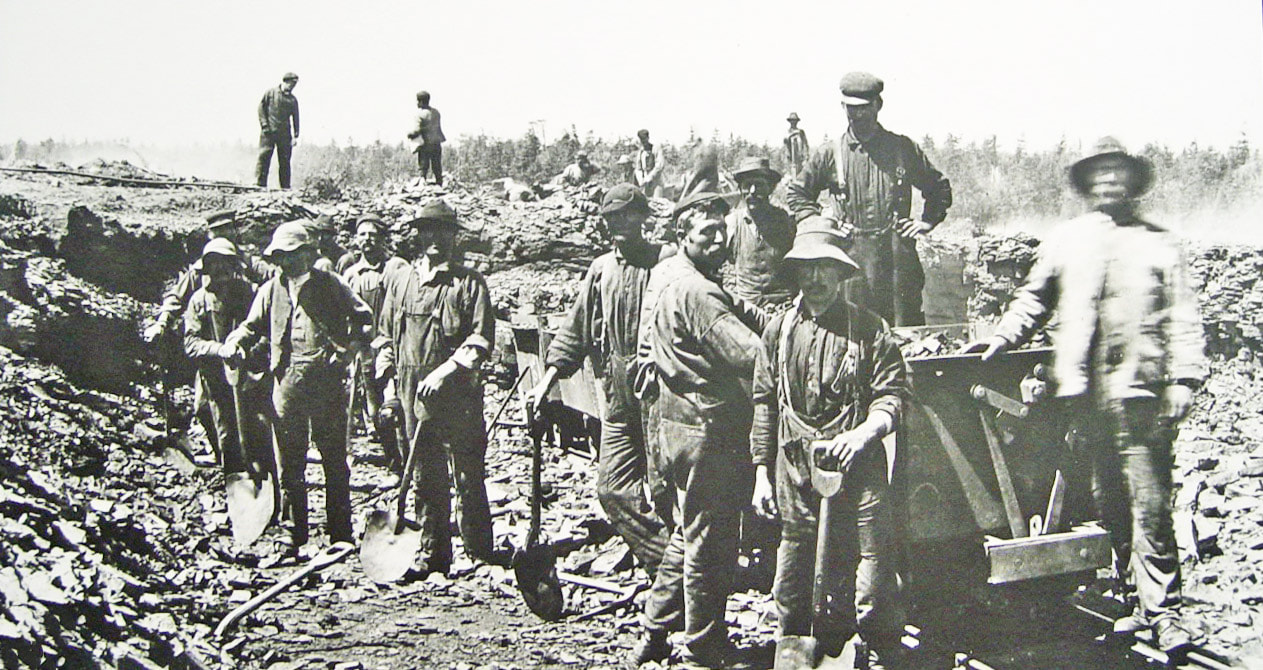 History of the Wabana Mines, Part 2, 1899-1906
​Early in 1899, Scotia purchased the mining rights from the Butlers, then sold a portion to Dominion Coal Company of Cape Breton (known locally as “Dominion Company”). This set the stage for a massive steel industry in Nova Scotia based on Wabana’s iron ore. Both companies built steel plants in Cape Breton, which would utilize only that iron ore for the next 50 years. With 2 companies now mining on Bell Island, a second shipping pier was built and new tramways were constructed across the Island.

By 1900, there were 1,600 workers. Wabana’s first mine union was formed when Dominion tried to reduce the number of men loading ore cars. A strike ensued and brought threats of violence, which focused attention on the need for a police presence. The strike and union were short-lived, but the Island got its first court house and police station. A telegraph cable was also installed from Portugal Cove to Bell Island. With the growing industry and population came more amenities, including: passenger ferries, housing, schools, churches, shops, hotels, restaurants, court house, telegraph and customs offices, health care, sports, performing arts and entertainment.

The depletion of surface ore in 1903 saw both companies begin underground mining.

In 1905, Scotia Company began driving the first slope beneath Conception Bay, but they had to get through Dominion’s submarine holdings before they could start mining their own area. Demand for steel was such that mining was now year-round with only a short break for Christmas week.

In 1906, there were no safety regulations, and accidents in the Wabana Mines were increasing, causing the Newfoundland Government to legislate its first Regulation of Mines Act. Among other things, it required mine inspections and accident investigations.

​The photo below shows Dominion Pier and Round-about in the foreground, from a 1902-03 album at the Bell Island Community Museum. This had been Scotia's first pier, which it sold to Dominion along with part of its mine property and its first ore car tramway in 1899. Scotia's new pier can be seen in the background. 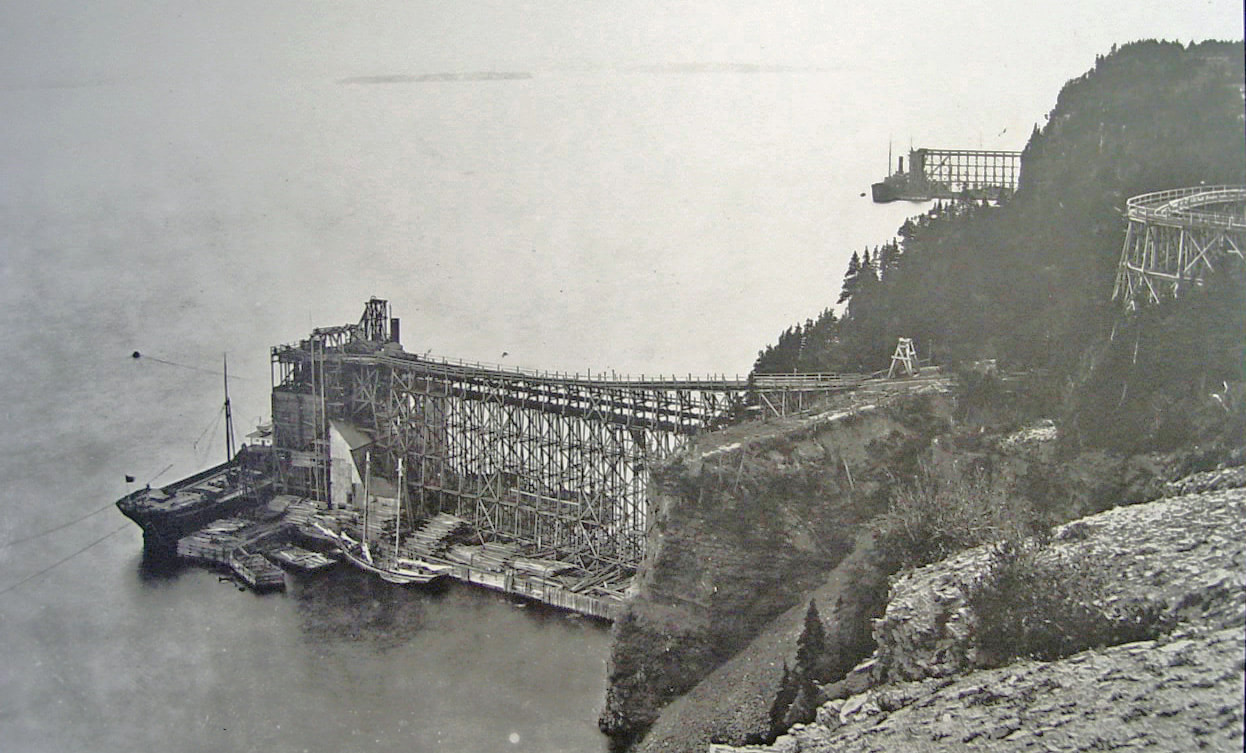 Keep checking back for more episodes in the life of the Wabana Mines coming soon...