PUBLICATIONS
"A MINE DEAD - A TOWN STRICKEN"
by Harold Horwood
Photography: Jorgen Halling
in
The Canadian / Star Weekly
July 30-August 6, 1966, Pages 11-15
Harold Horwood (1923-2006): Union Organizer; Politician; Newspaper Columnist; Novelist. He was born in St. John's in 1923. He started his career as a labourer, which led him to become a labour-union organizer. He and his brother, Charlie, founded and edited a literary magazine called Protocol. In 1948, he began working with J.R. Smallwood to bring Newfoundland into Confederation with Canada. From 1949-1951, he served as the Liberal MHA for Labrador. On leaving politics, he began writing a political column for The Evening Telegram newspaper, eventually becoming one of Smallwood's critics. He wrote over 20 books, most notably Tomorrow Will Be Sunday (1966) and White Eskimo (1972). In June 1966, he wrote the following article about the reactions of some Bell Islanders to the closure of the Wabana Mines.

The Canadian / Star Weekly was a weekend supplement magazine of the Toronto Star newspaper from 1910-1973. It contained a variety of articles on current issues, offbeat and funny stories, sports and lifestyle features, recipes, serialized novels, and colour comics. It was included in the weekend edition of ​The Evening Telegram. 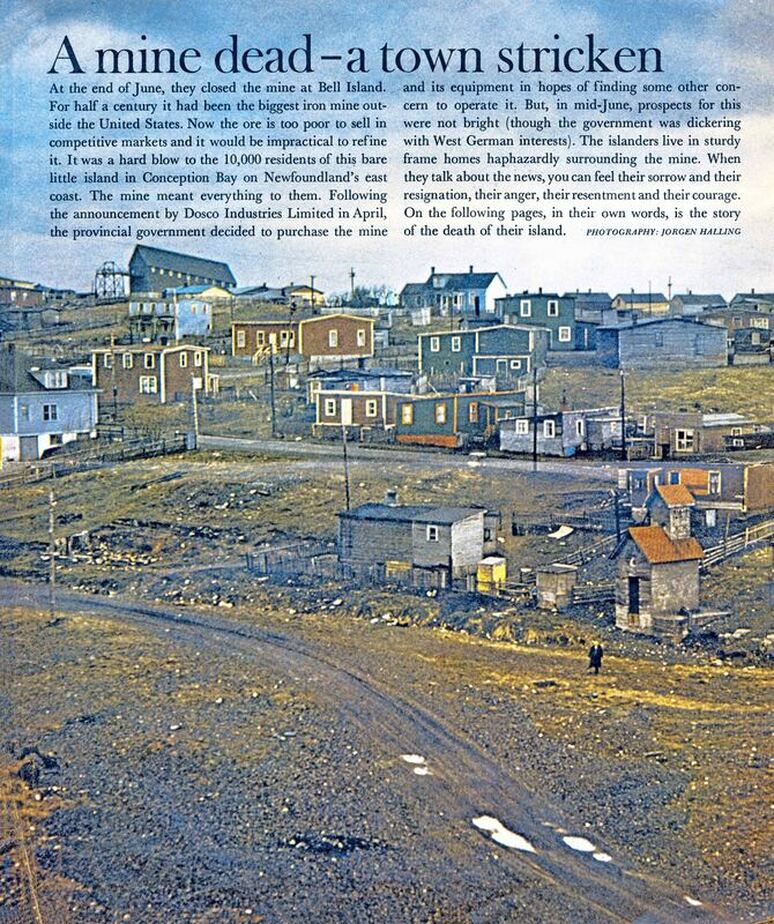 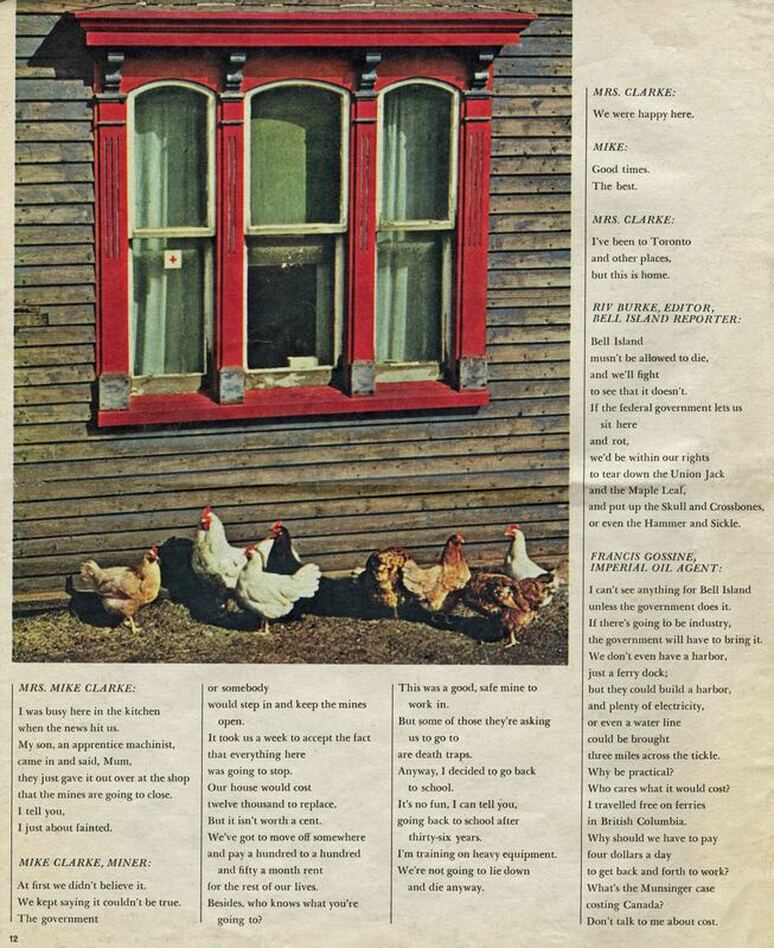 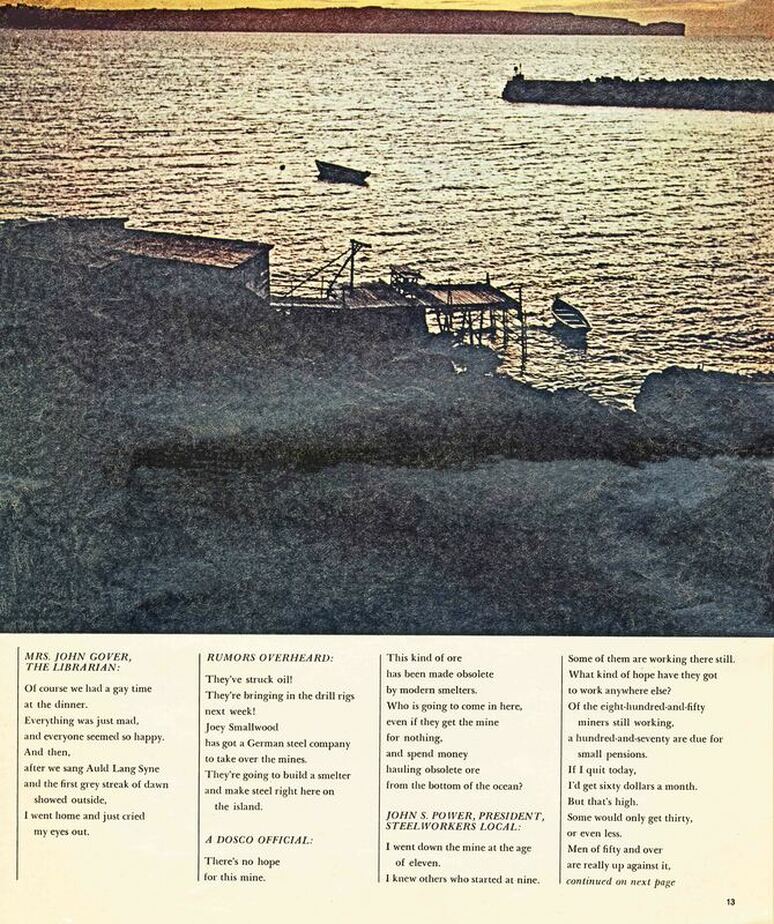 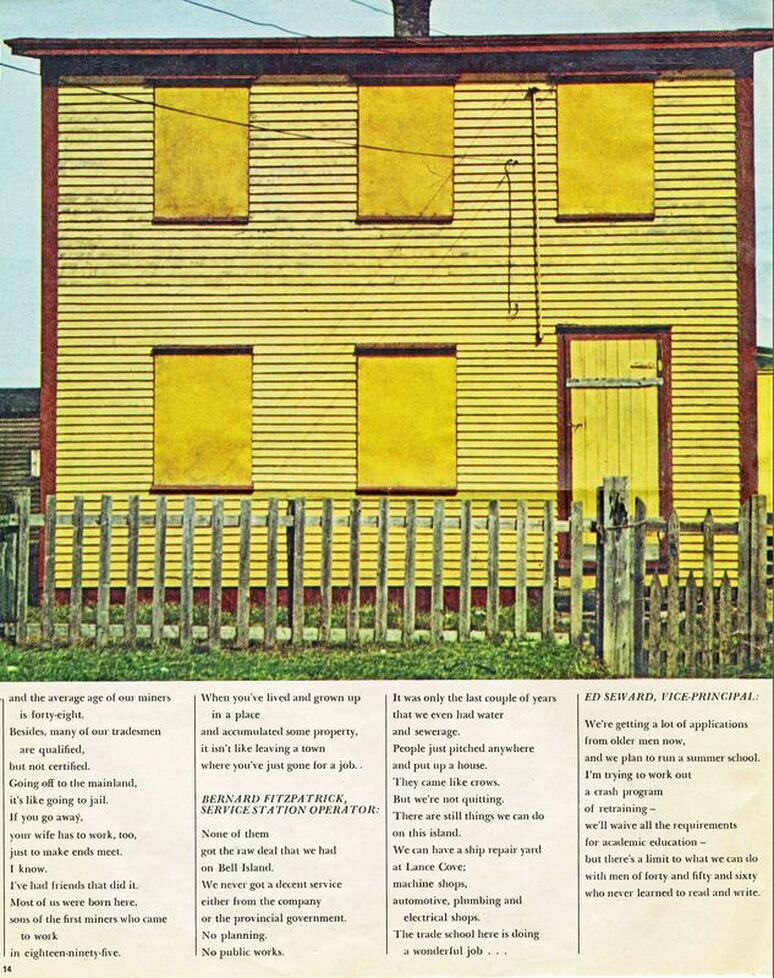 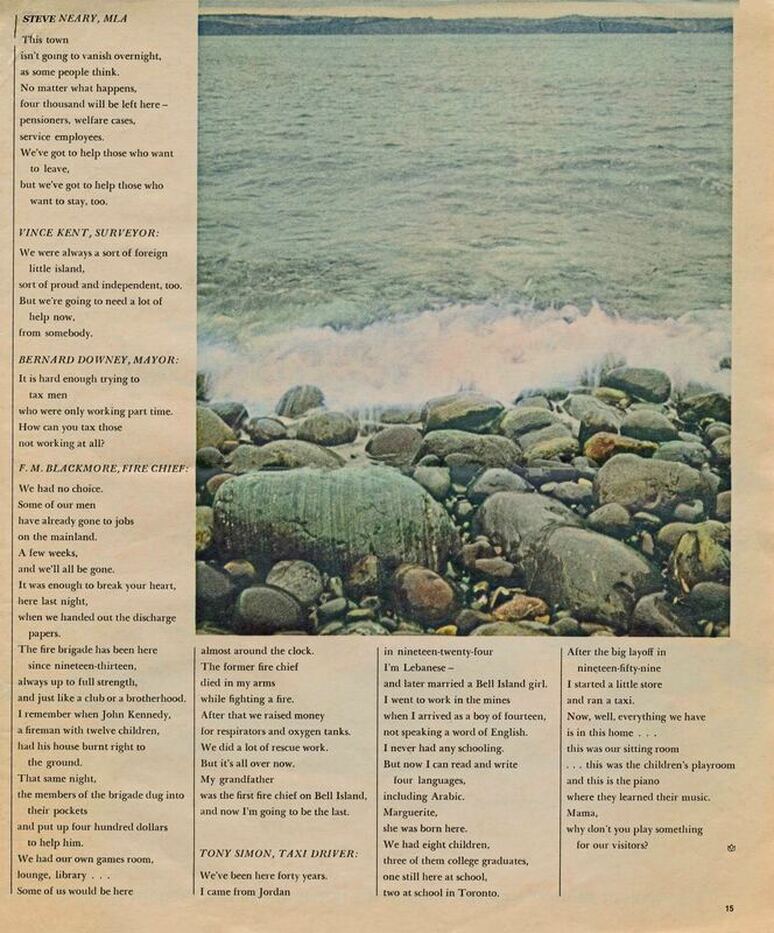