Clift Lodge No. 3694 of the English Constitution of the Masonic Order was instituted on December 10, 1913 on Bell Island. It is No. 10 of the Masonic Lodges of Newfoundland. 32 members of the fraternity travelled from St. John's to attend the event. They journeyed by train to Kelligrews and crossed to the Island on the Mary. They were among the first passengers to be carried from the ferry at The Beach to the top of the hill on the newly installed Tramway. The opening ceremony of Clift Lodge was conducted by District Grand Master J.A. Clift, for whom the Lodge was named.

On June 22, 1920, the new lodge room (Masonic Hall) of Clift Lodge was dedicated and consecrated by the following brethren from St. John's: J.A. Clift, S.G. Collier, W.J. Edgar, Hon. S.D. Blandford, W.N. Gray, and R.F. Goodridge. Officers of the Lodge were installed during their visit with C.F. Taylor as Worshipful Master and William Howell, Secretary. The rank of D.G.S.D. was conferred on the immediate past Worshipful Master, Rev. J. Stead. The photo below is of the Masonic Hall in 1928, eight years after it was built and 15 years after Clift Lodge was formed. The hall is located at 163 Main Street, on the west side of the street just south of Town Square and opposite the building that housed the Happy Home Lodge of the Loyal Orange Association. The Hall is still standing and the Lodge still active in 2019. Photo courtesy of A&SC, MUN Library. 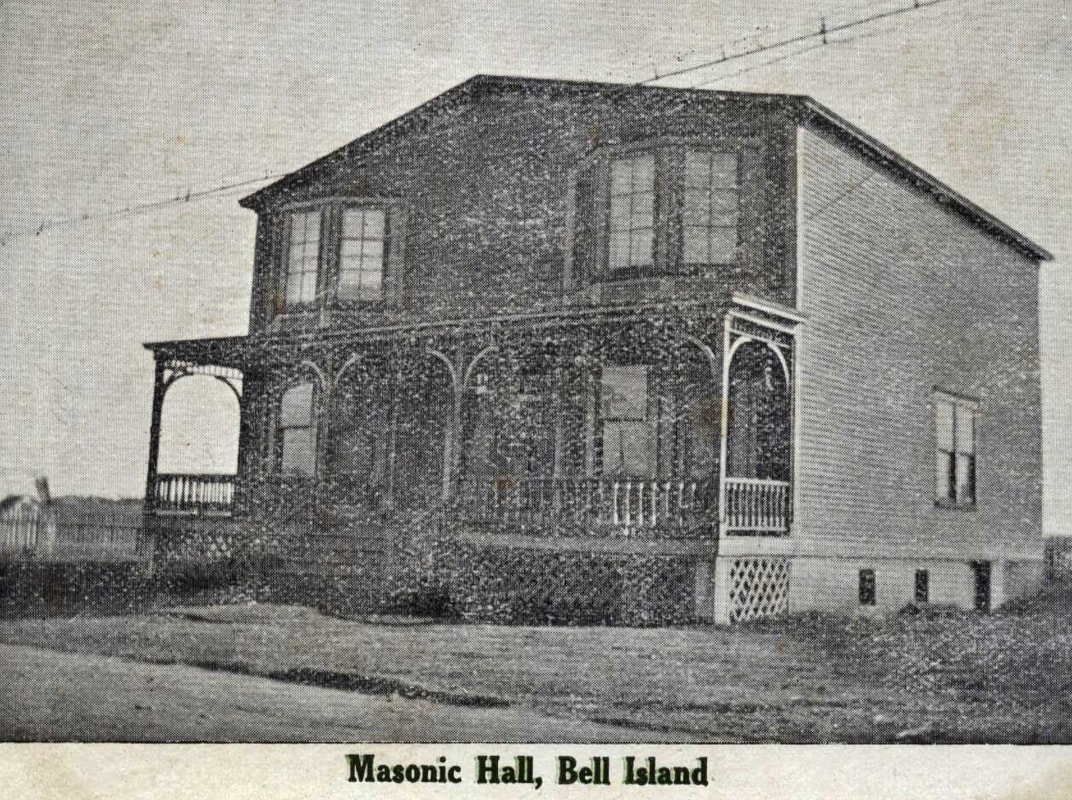 In the photo below, the Masonic Hall is the 2-storey building on the right, partially obscured by the bungalow in the foreground. The veranda can be seen immediately left of the bungalow. The top-floor front bay windows have been replaced by regular vertical windows. This print was acquired from Henry Crane in 1995. The photographer is standing at the top of Town Square looking south on Main Street. Avalon Telephone building is on the left. Gus Murphy, tinsmith, had the 2-storey on the right beyond the truck. Lily Carbage lived in the small bungalow in the 1940s. Prince's Theatre is out of the picture on the right, as is Hughie's Snack Bar. Photo is late 1950s to early 1960s. 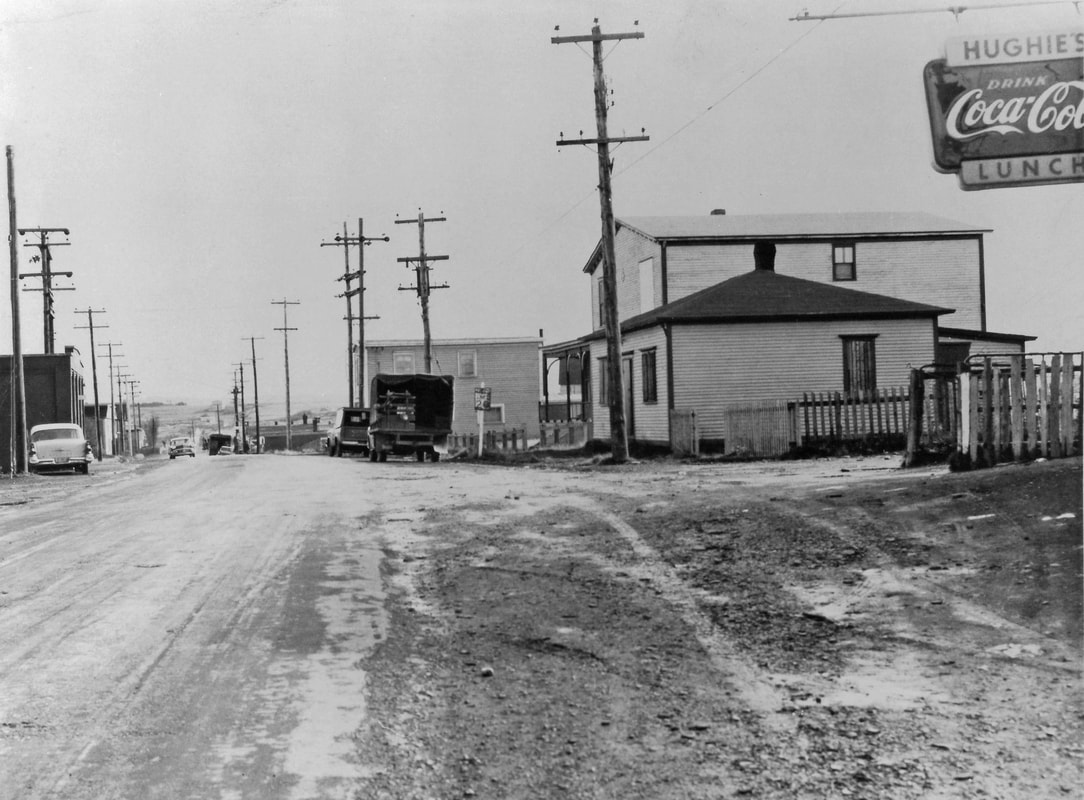 Below is the Masonic Hall (Clift Lodge) in August 2005. The "No. 10" on the plaque above the door represents the fact that this was the 10th Masonic Lodge formed in Newfoundland. Photo by Gail Hussey-Weir. 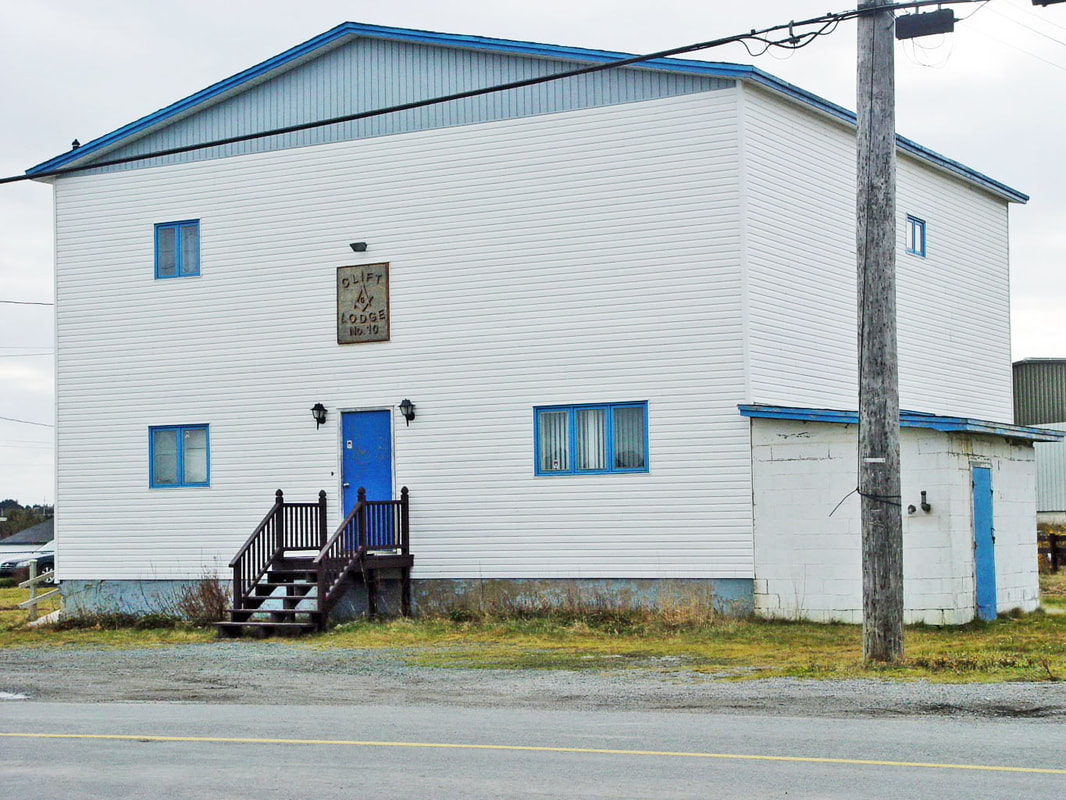 While searching the Ancestry website for something else, I came across the following four pages of ledger information on the members of the Clift Masonic Lodge from its formation in 1913 up to 1921. The ledger was part of the "United Grand Lodge of England Freemason Membership Registers, 1751-1921," with this particular register being "United Grand Lodge of England, 1910-1921, Membership Registers: Country Q 3689-4385." Other Masonic lodges in the Register were from the far reaches of the world, such as Queensland, Australia, and South Africa. These two pages were the only ones for Bell Island. The information for Clift Masonic Lodge must have been sent to the United Grand Lodge in England, where it was transcribed into this ledger. I took screen shots of four sections of each of the two pages. The first image below is of the top left hand side of page 4 of the ledger, which is where the information for Clift Masonic Lodge begins. The next image is of the top right hand side of page 4. 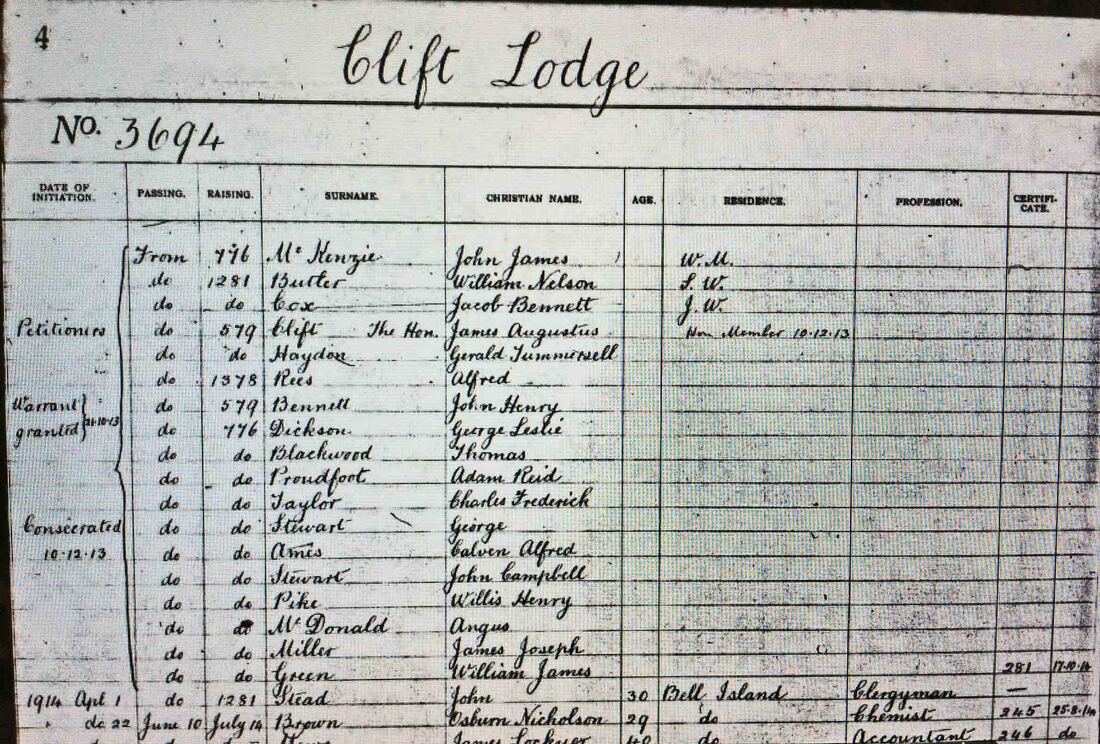 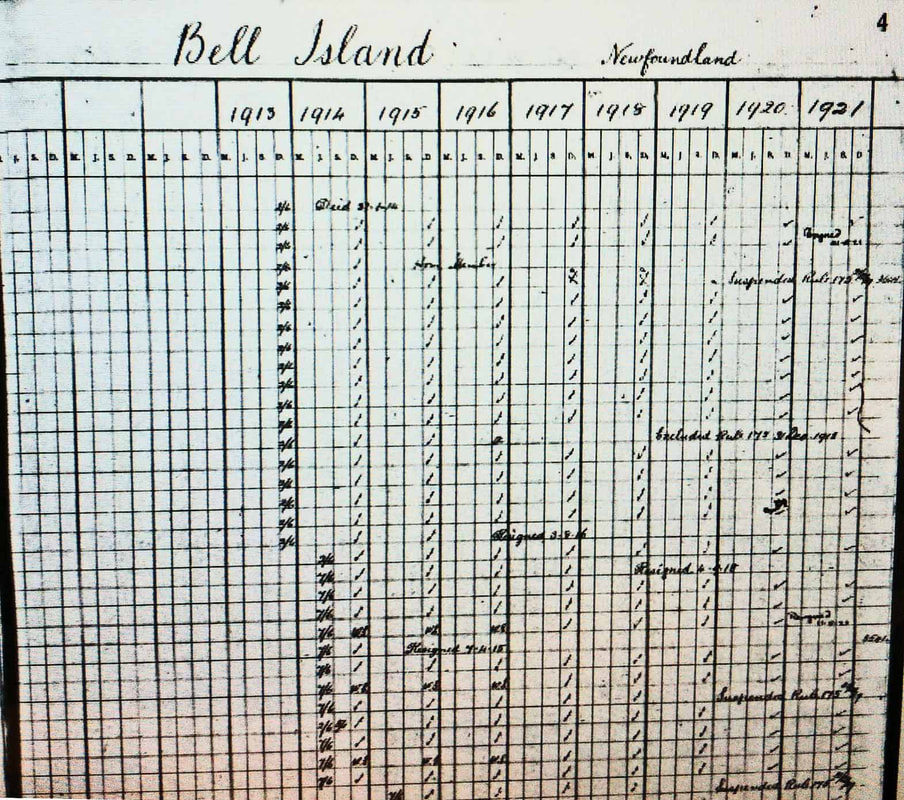 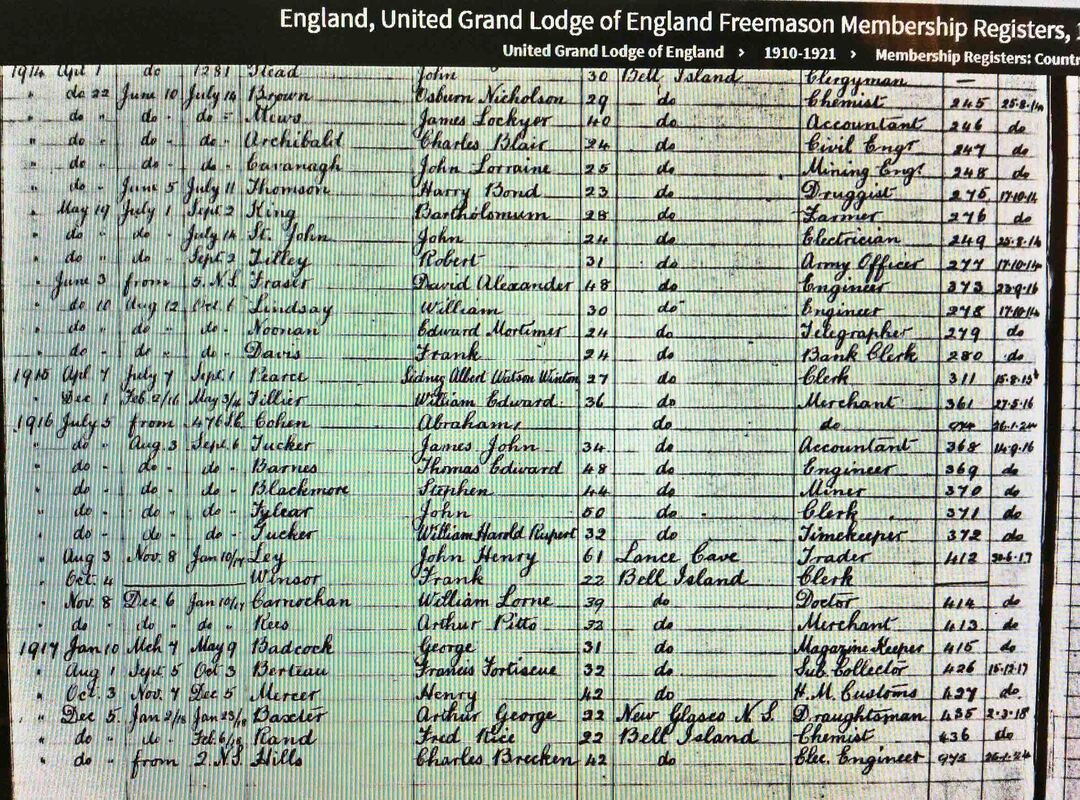 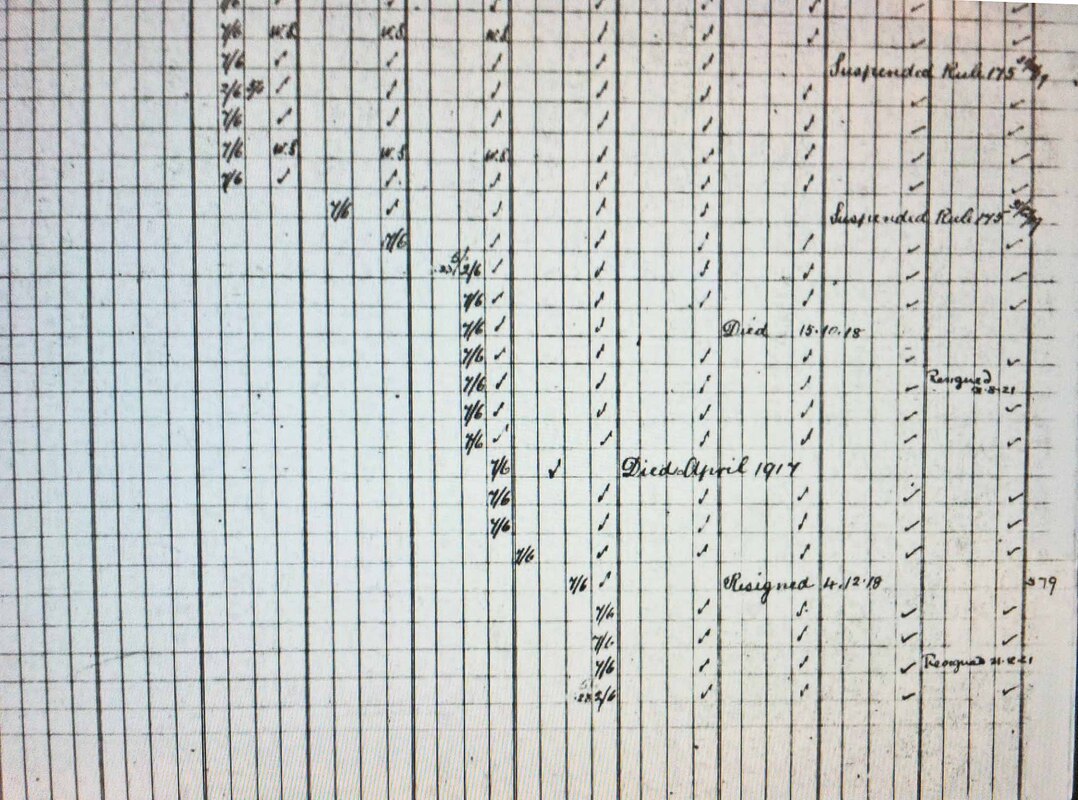 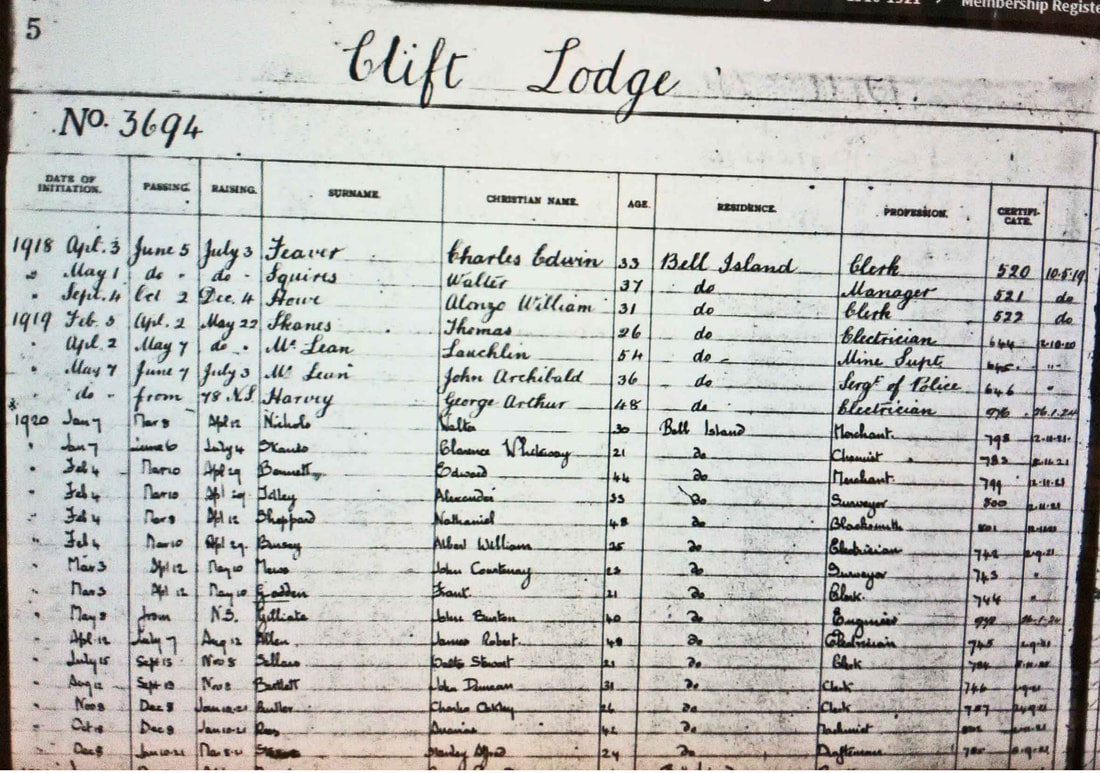 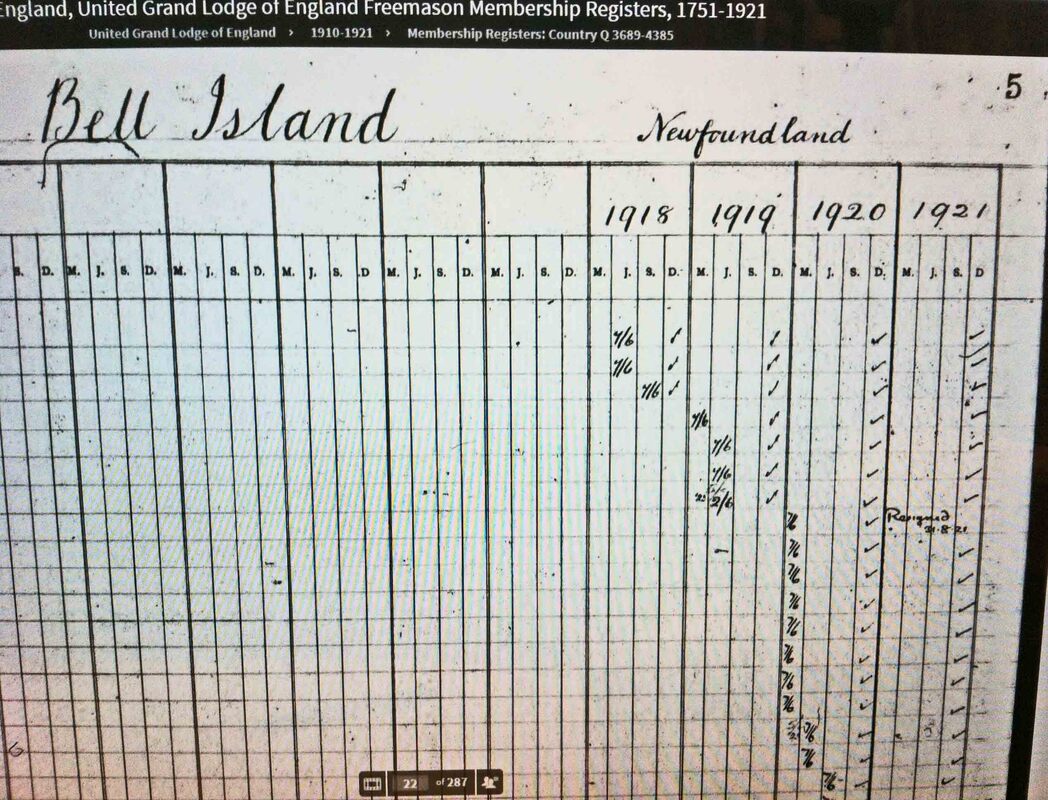 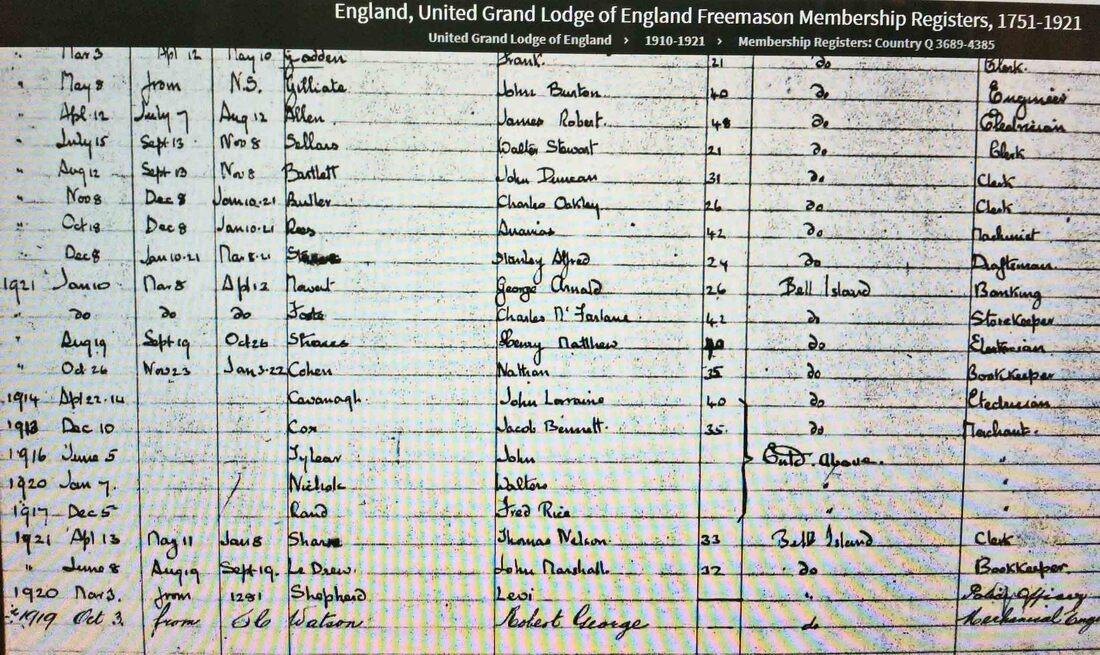 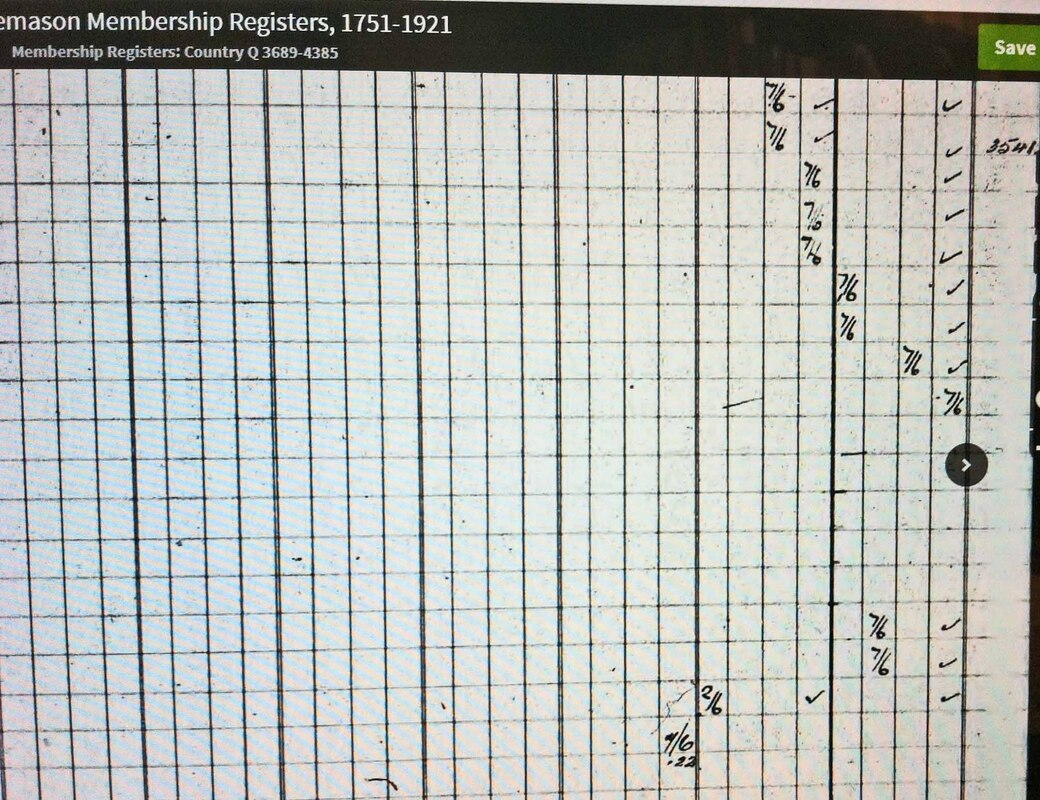 Information on Freemasonry from the website of the Grand Lodge of Newfoundland & Labrador, glnl.ca:

Brotherly Love – Every true Freemason will show tolerance and respect for the opinions of others and behave with kindness and understanding to his fellow creatures.
Relief – Freemasons are taught to practise charity, and to care, not only for their own, but also for the community as a whole, both by charitable giving, and by voluntary efforts and works as individuals.
Truth – Freemasons strive for truth, requiring high moral standards and aiming to achieve them in their own lives.
Freemasons believe that these principles represent a way of achieving higher standards in life. 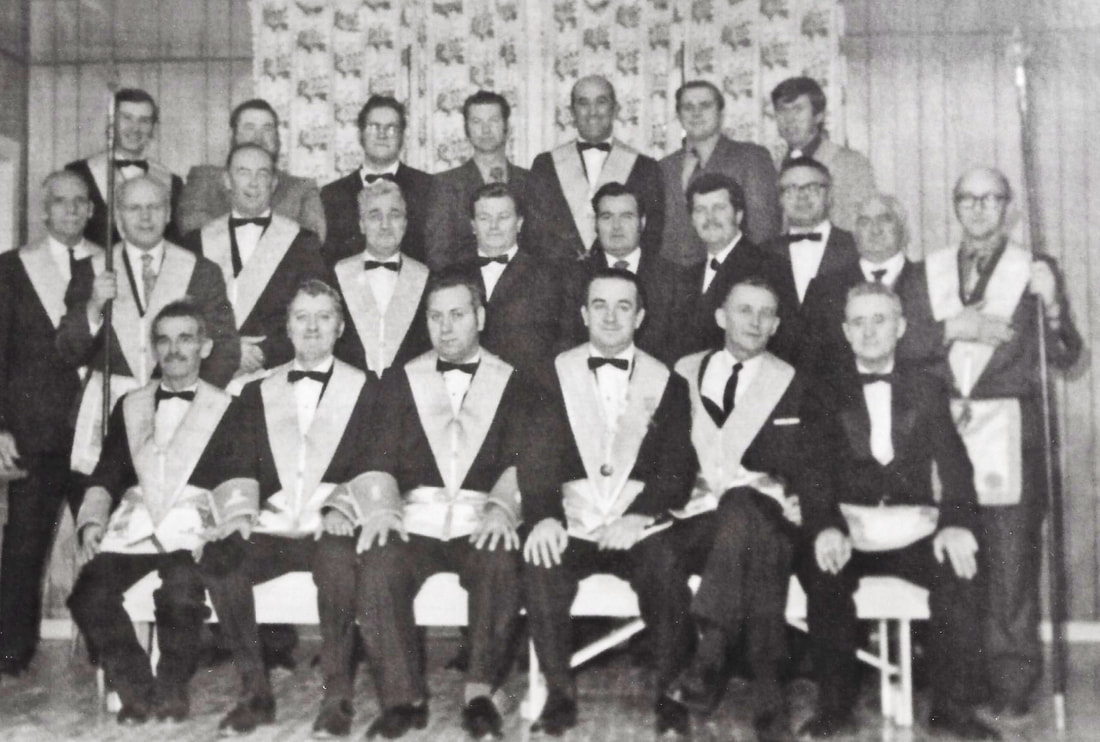 These 2 photos from album of Arthur N. Bennett, courtesy of Lydia Bennett, with info from Don Bennett. 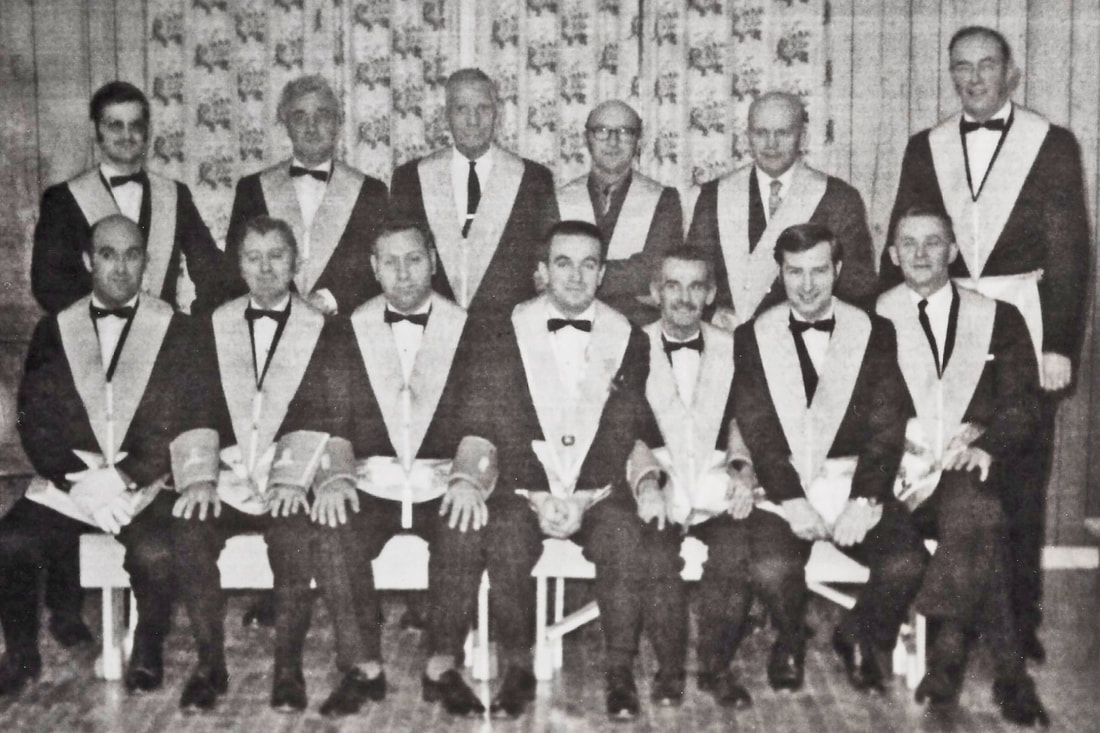 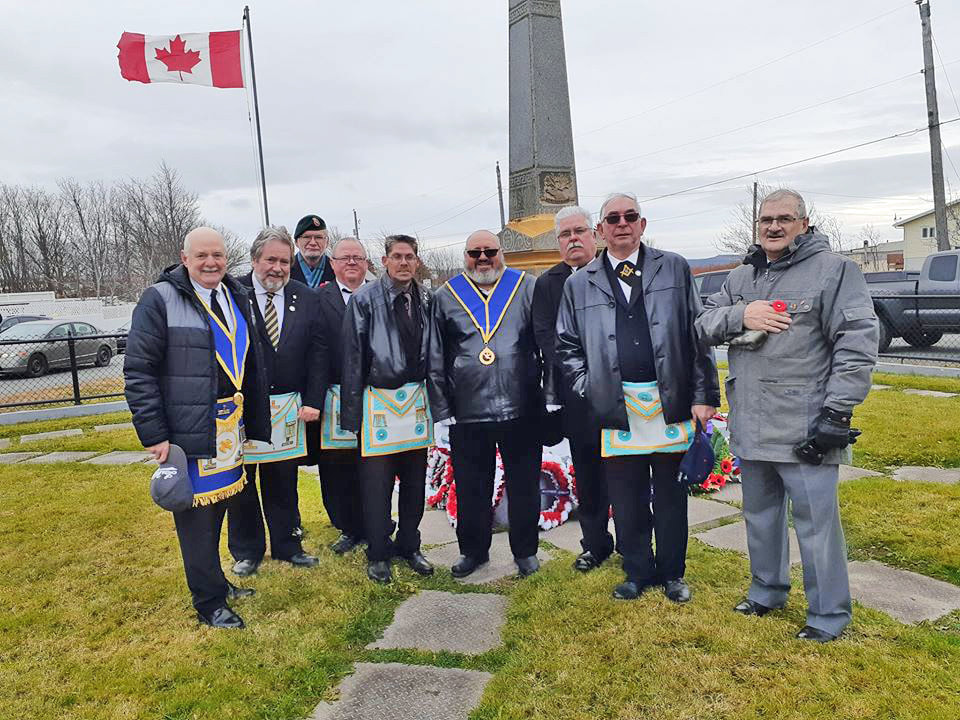