HISTORY
SPORTS HISTORY
TENNIS
The Tennis Pavilion and tennis courts were located on the west side of Davidson Avenue opposite Mercer Street on land owned by William Kent and behind the Kent house. Today, a street called Tennis Court Road runs through the property. According to newspaper reports, tennis and cricket were being played on Bell Island in 1912. The tennis courts were "going strong" in 1922, and again in 1924, when it was reported  in the Daily News that "on its beautiful tree-surrounded grounds off Davidson Avenue, a new pavilion was built that summer." C.B. Archibald, Works Manager of the Wabana Mines, was President of the Tennis Club at that time and Charles Peddle was secretary. Extensive renovations were done in 1928, including the addition of a second court, with a wire fence around the courts. In 1932, members of the tennis club took part in a tournament in St. John's for the first time and also went to Carbonear to play. Elizabeth Lindsay-Palmer recalled that the tennis courts were no longer being used when she left Bell Island in 1949. The pavilion was still standing in 1962 when the Kent family left Bell Island. After the No. 2 Deckhead was dismantled and the Curling Club set up in its place, asphalt tennis courts were constructed next to it. 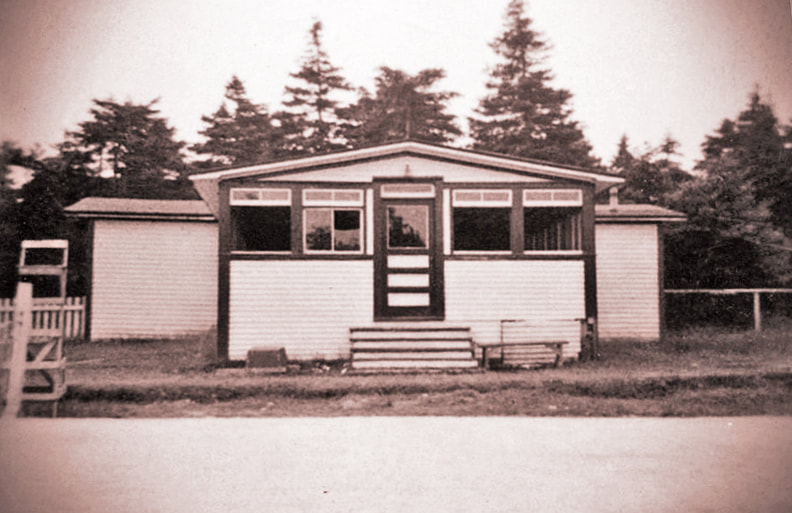 It was reported  in the Daily News in 1924 that "the Tennis Club was going strong on its beautiful tree-surrounded grounds off Davidson Avenue and a new pavilion was built that summer." This photo of the new pavilion is from the William Lindsay photographs in COLL. 202 at the A&SC of MUN Library.
​