The photo above shows the ferry Kipawo sometime after 1945 entering Portugal Cove; Bell Island in the background. She could carry seven cars. Photo courtesy of A&SC MUN Library, COLL-202: 1.08.029.
The Kipawo was built in 1925 in Saint John, NB, with 200 gross tons. The name was devised from the first two letters of the towns of Kingsport, Parrsboro and Wolfville. She could carry eight cars and 120 passengers. Her first owner was the Dominion Atlantic Railway Co. Ltd. of Montreal, who operated daily runs between these three ports from April 1st to December 31st each year from 1926 to 1940. During the winter months, she would berth in Digby, NS, where she would do occasional freight runs to Saint John and Yarmouth.

In January 1941, she was taken over by the Royal Canadian Navy for war duties, at which time she became the HMCS Kipawo and served as an inspection vessel in St. Lawrence and Newfoundland waters during World War II. At the end of the war, she was purchased by the Terra Nova Transportation Company, which was owned by Crosbie & Company, Ltd. of St. John's. She was then placed on the Bell Island-Portugal Cove service in competition with the MANECO, until that vessel was withdrawn from service in 1955 when the Elmer Jones was brought into service by the Newfoundland Transportation Company. That company then also purchased the Kipawo and kept her on the service until 1974 when the Katherine replaced her. 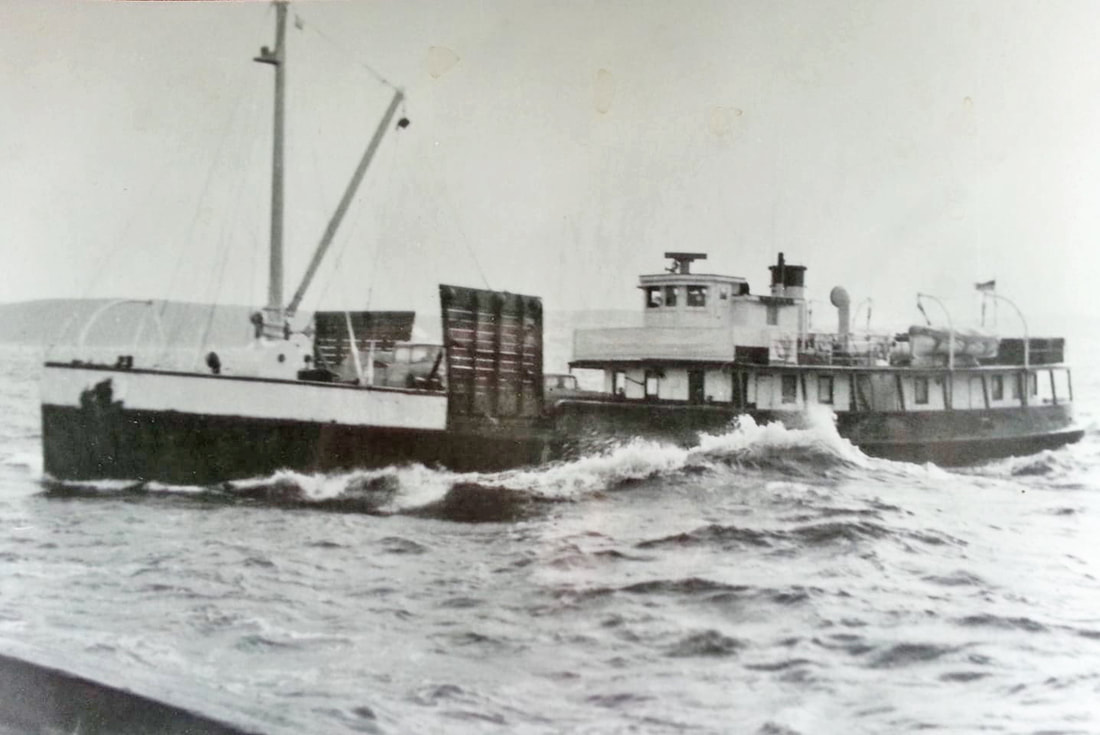 The article below from the Sept. 16, 1955 edition of the Daily News details the sale of the Kipawo to the Newfoundland Transportation Company, owners of the Elmer Jones. 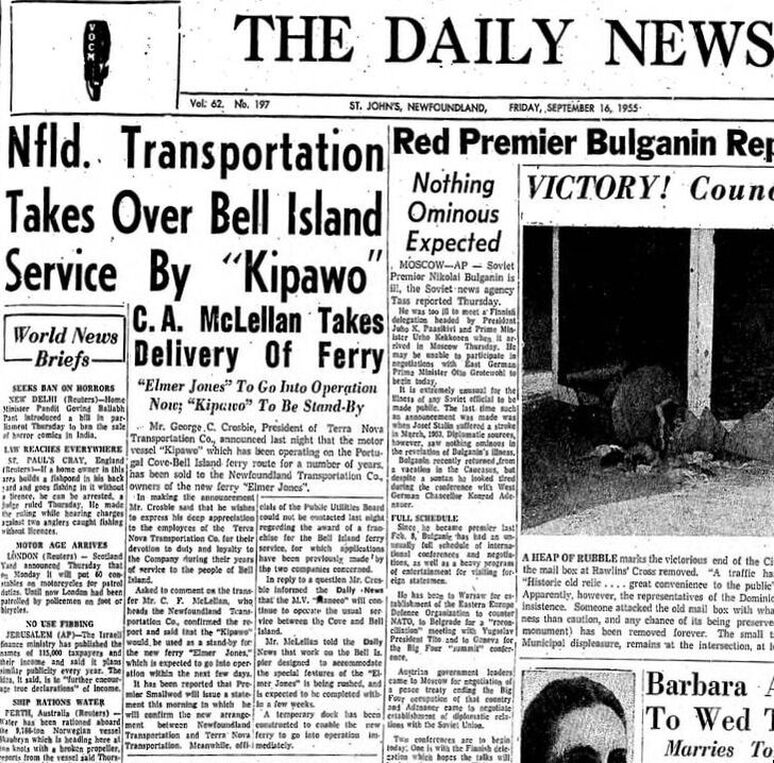 Following her service on the Bell Island run, the ​Kipawo was purchased by Fogo Transport Ltd., Fogo, NL, in 1974, then Bonavista Boat Tours, Ltd., Shoal Harbour, T.B., NL, in 1975. She was beached in 1977 during a storm and lay abandoned in Bonavista Harbour before being refloated and moved to Catalina for repairs. In 1980, she was purchased by the Kipawo Heritage Society of Wolfville, NS, and further repaired before being towed to Parrsboro in Juy 1982. There she was deliberately beached with the intention of being used as a museum. In 1986, that concept was shelved in favour of using her as a theatre and since then her enclosed hull has served as a theatre stage run by Ships Company Theatre. The two photos below, taken in September 2009 in Parrsboro, are courtesy of Dave Careless. 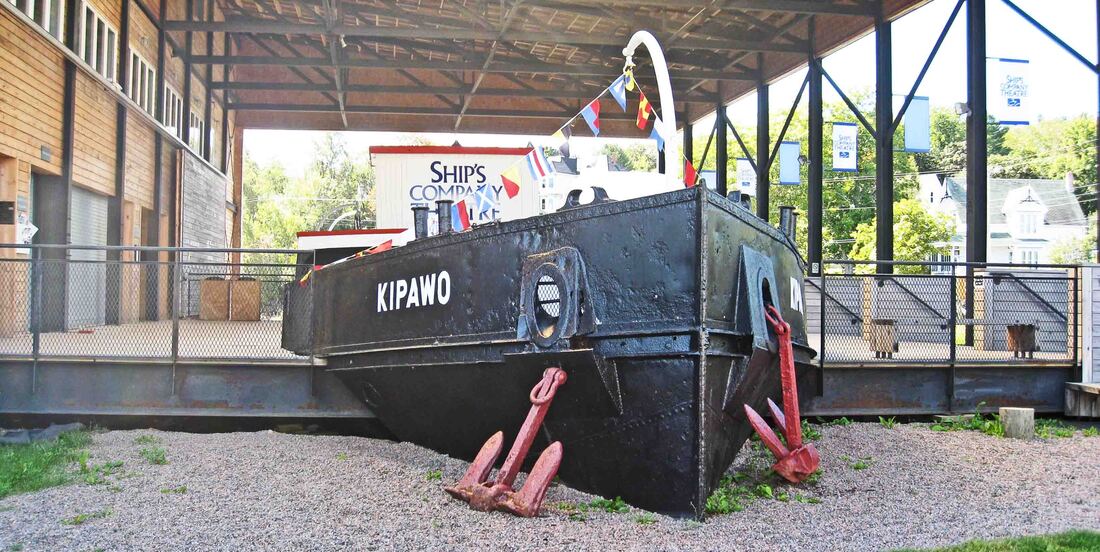 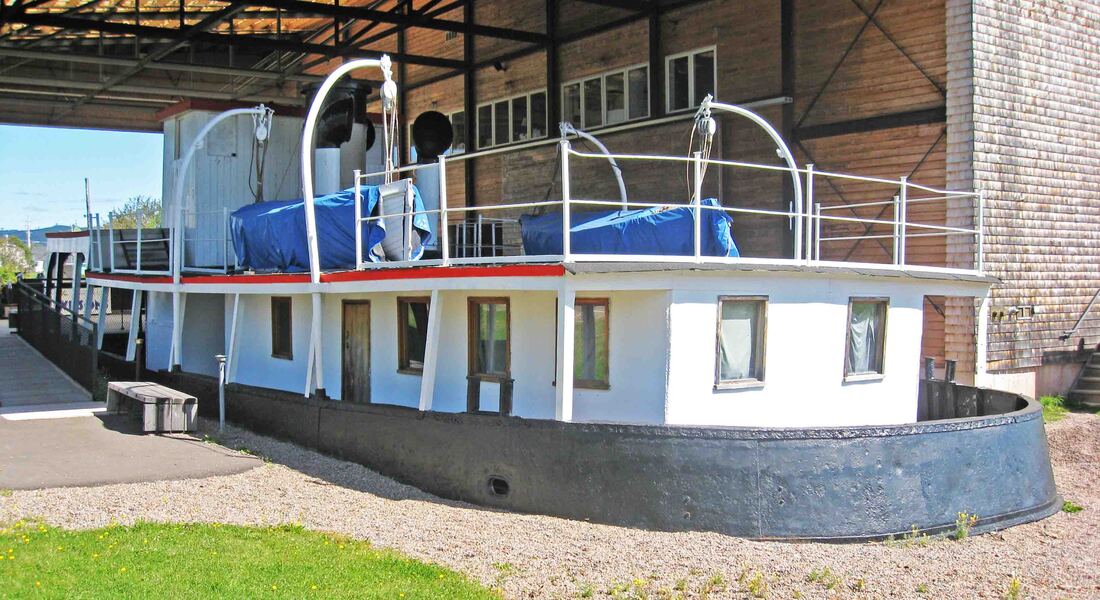