Marylyn Emberley is the daughter of Betty and Pete Rees, owners of Rees's Garage on Davidson Avenue in the late 1940s through the 1950s. Her parents met in England during WWII when they both served in the Royal Air Force. Pete and his friend, Harold Bennett, both received training and work experience as motor mechanics in the RAF. On their return to Bell Island in 1946, Pete, Harold and Betty started a service station business on the west side of Davidson Avenue, just south of the present-day United Church. They named it "Rees & Bennett" and, over the course of several years, it grew to include a full-service garage, gas pumps, and car sales showroom. Sometime before 1952, Harold left the business to work for the mining company and the  name then became "Rees Garage." In August 1959, Pete and Betty moved to Moncton, NB, leaving the garage business in the hands of Pete's brother Gordon (Kitty) Rees and brother-in-law, Adolphus, better known as Doc Mosdell. The gasoline part of the business was taken over by another brother, William (Bill), who built an Esso Service Station on the opposite side of Davidson Avenue. Rees's Garage closed around 1964. Below is a photo of the business in the late 1950s. Read more about it under the letter R on the People Page.

Here are some of the businesses that were located on Davidson Avenue at Scotia Ridge in the 1950s as recalled by Marylyn (Rees) Emberley in February 2020:

Two Clarke brothers, originally from Carbonear, had businesses on Scotia Ridge under the name "Clarke & Clarke." William (Bill) Clarke had a grocery store (with dry goods) on the west side of Davidson Avenue at the corner of 3rd Street.

Leonard Clarke, brother of Bill, had a butcher shop located next door to the Church of England Teachers' Residence and adjacent to other Clarke & Clarke stores, which sold household appliances, floor coverings, dishes, etc. That store opened onto a shoe store.

On the opposite corner of 3rd Street on the west side of Davidson Avenue, was another grocery and dry goods store owned by M.A. Rose.

The photo below is an aerial view looking west over No. 3 Mine Yard. The houses and buildings along the bottom of the photo are part of the neighbourhood known as Scotia Ridge. In the bottom right-hand corner, there are two brown buildings. The closest one is Tilley Memorial Salvation Army School. Immediately north of it is the Salvation Army Citadel.
​ 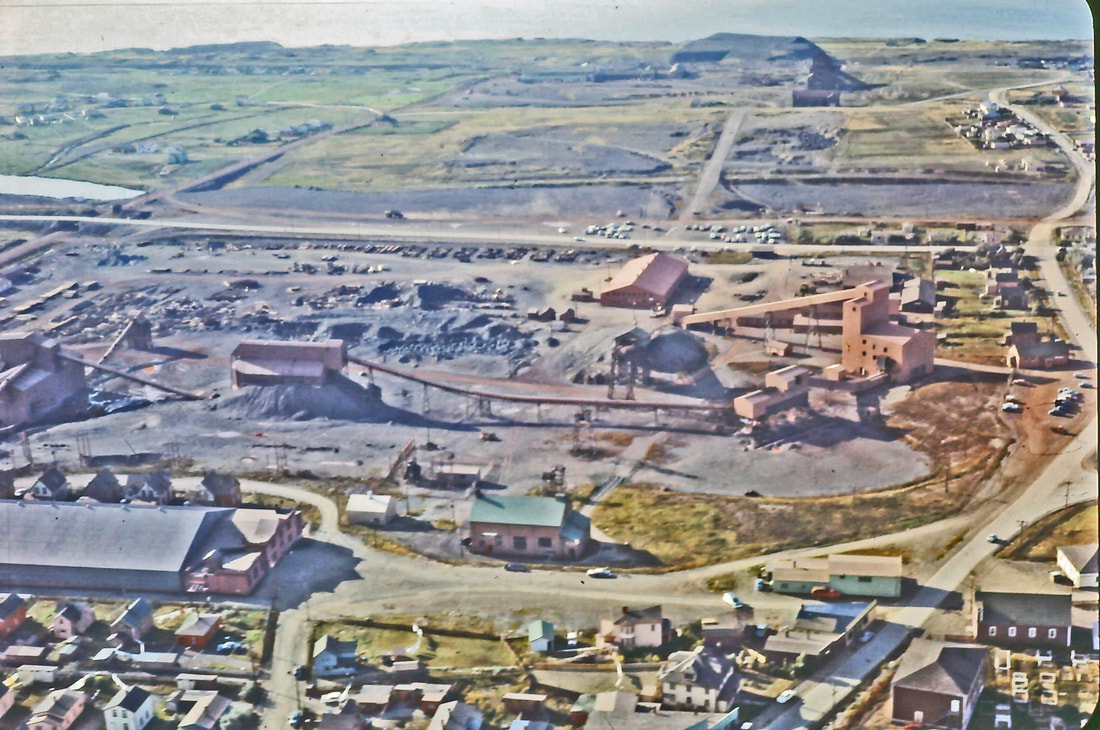