PHOTO GALLERY
JAMES A. CASE
1893-1974
The photo below is thought to be James Case's first store on Davidson Avenue opposite the Salvation Army Citadel. He sold groceries and household supplies and also carried on a building trade. He sold that store to Martin Rose and moved two doors south to a much larger 2-storey building. 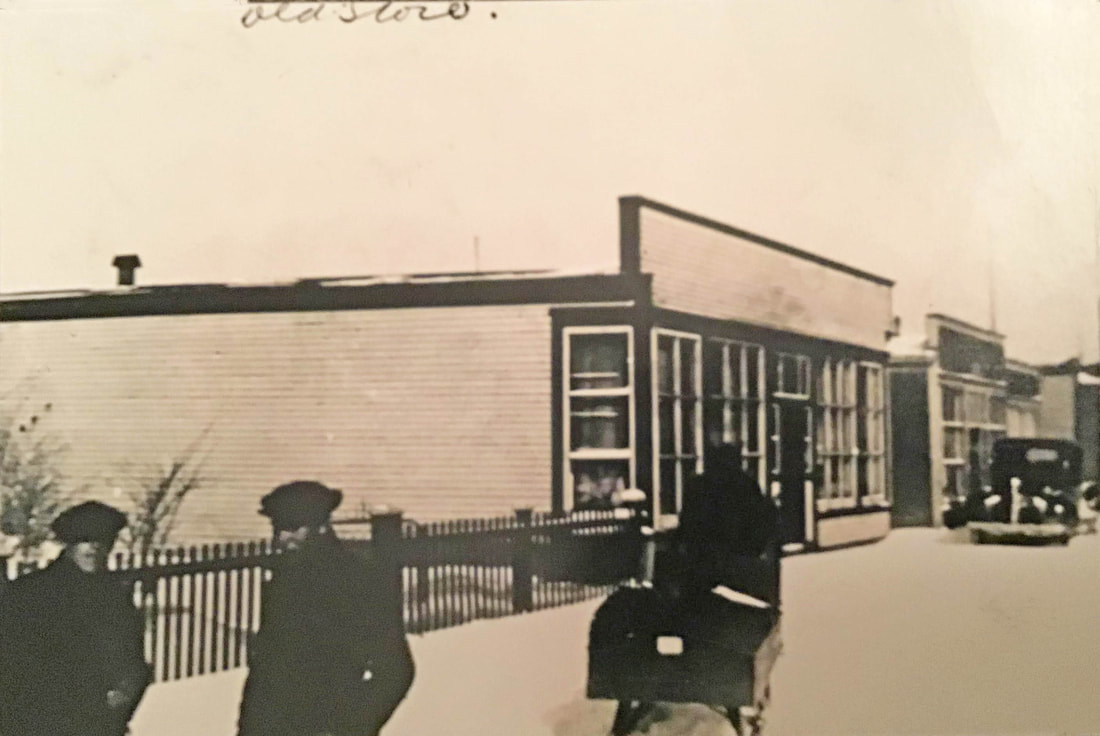 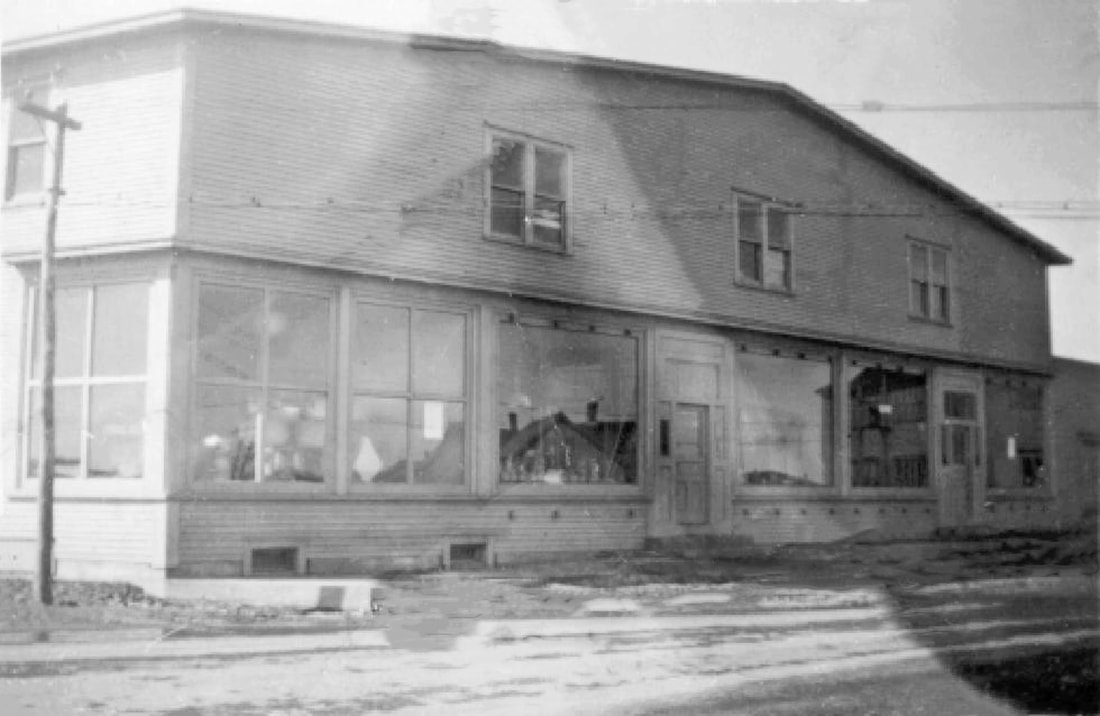 The photo above is of the main James Case store on the corner of Davidson and 4th Street. In the north side of this larger store, with a separate entrance, was a butcher shop. The upper floor of the building was a storage and work area. After James Case left Bell Island about early 1945, Leonard and William Clarke and Matthew Moores started Clarke & Clarke Ltd. in the building, which remained open into the 2000s. For a number of years now, it has served as a warehouse. The photo below was taken by Harvey Weir in the summer of 2020.

The photo below shows the back and south side of the Case store in the 1940s. 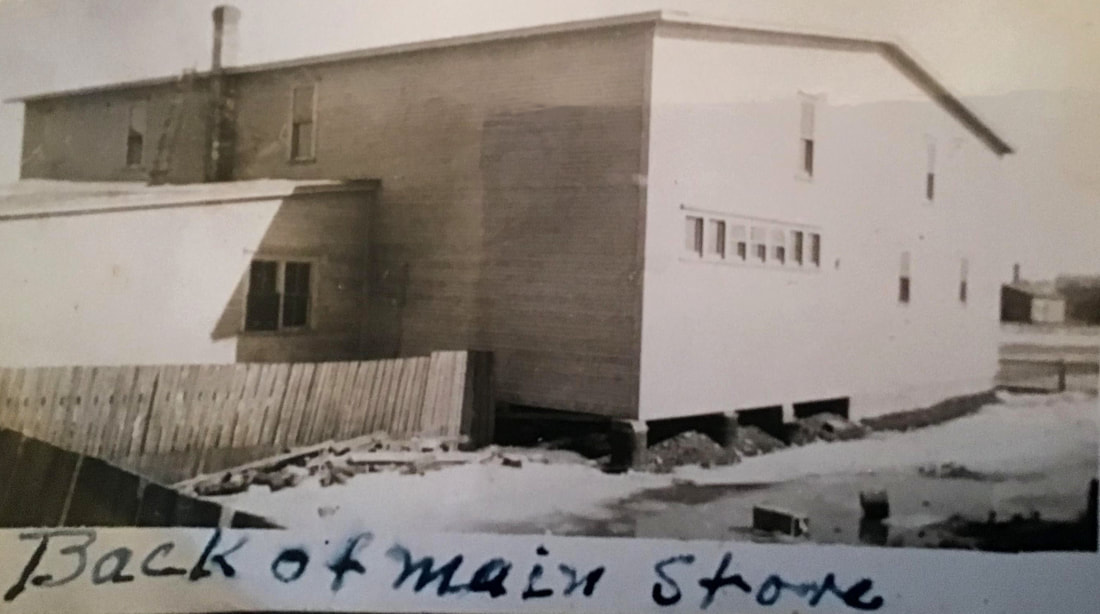 ​​In the photo below, the large dark-coloured building in the bottom right corner is the Salvation Army School, with the Citadel immediately north of it. Across Davidson Avenue, two low shops ending on the corner of 3rd Street look to be attached to each other; the one furthest south was the original James Case store. His large 2 1/2-storey family home (pale yellow) is set back in the yard next to the store. Just south of it, and mostly out of the picture, is his 2-storey shop. Aerial view is courtesy of A&SC, MUN Library, Southey photos in the Bell Island Collection. 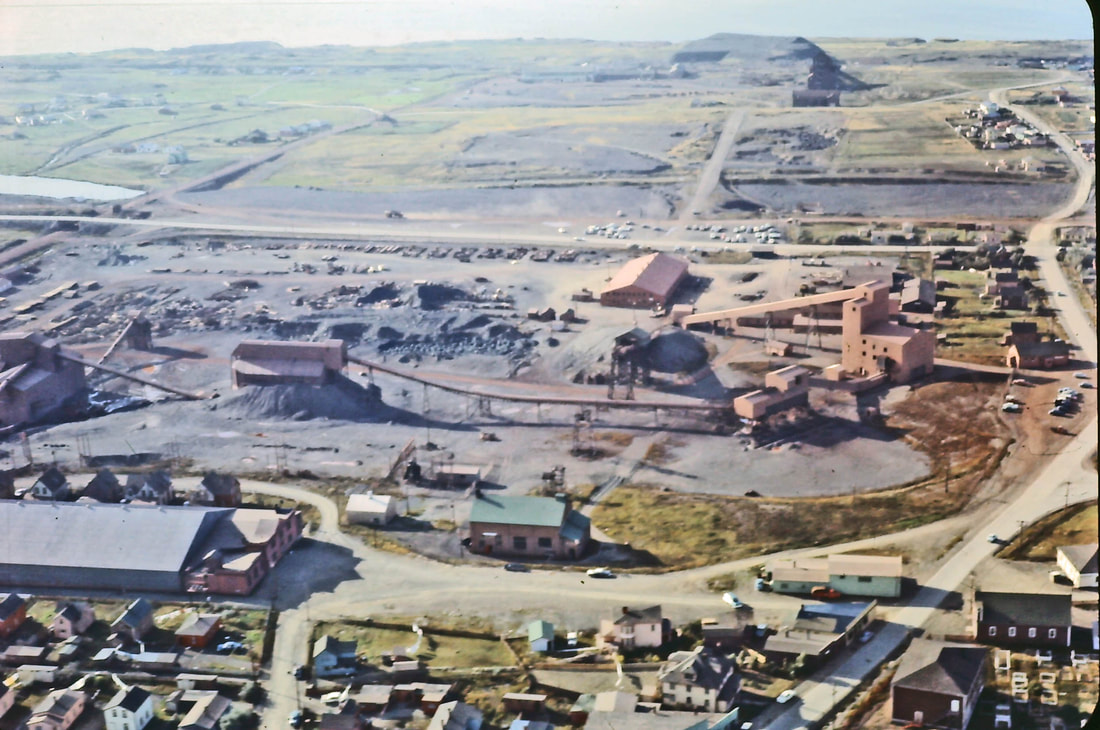 Below left are envelopes addressed to James Case in the early 1940s. On the right below is a map of Davidson Avenue from the Insurance Plan of Wabana, 1954. James Case had left Bell Island about 10 years prior, but his former shop and residence were still standing, as were the mess and bunk houses he had built in 1928 just south of his shop, on the east side of Davidson Avenue, between 5th Street and where the former Jackson Memorial School now stands. The bunk houses became the location of the Vera Perlin School in the late 1950s-early 1960s.
Below are First Day Covers addressed to James Case and his daughter, Jean Case.
Below left is Julia Case (on the left) and a friend, c. early 1940s. The Salvation Army School is across the street from their house. On the right is the picture from a James Case store calendar from his time in business on Bell Island.
About 1944 or early 1945, James Case moved his family to St. John's and opened the Cochrane Grocery at 148 Duckworth Street on the corner of Cochrane Street. The photo below, c. 1946, shows the Cochrane Grocery in the right of the picture. He may also have had a small store on Rawlin's Cross about this time.

Sometime in the 1960s, the Cases retired to Salmon Cove, Conception Bay North, where this picture was taken. They both died there in 1974. 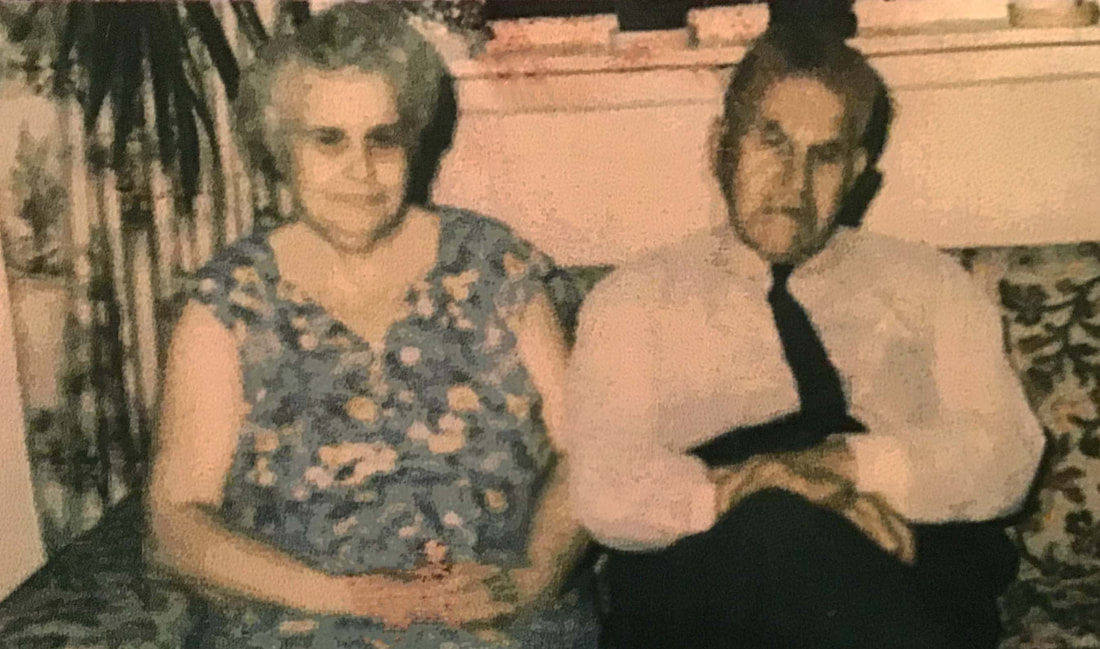