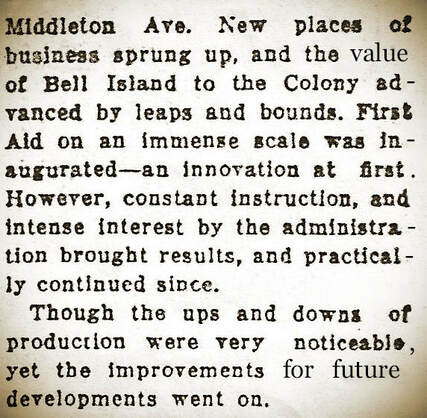 Thus ends the third period of Mr. Jardine's history of the Wabana Mines. 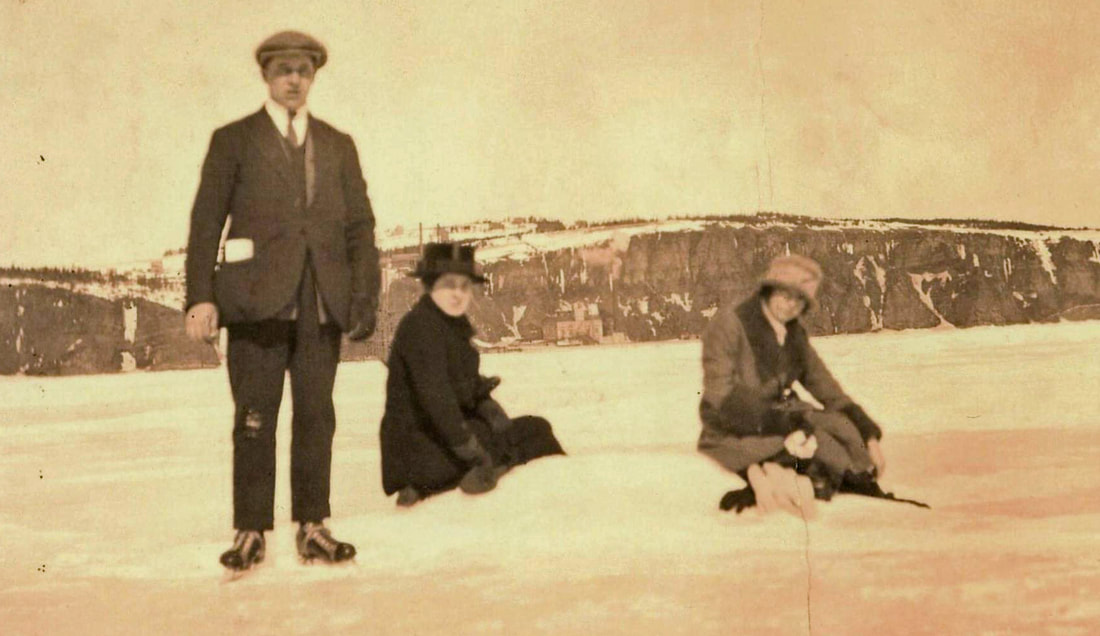 ​Charles and Ruth Archibald (left) and a friend skating on Arctic ice that had packed into the Tickle c.1915, shortly after they were married. Just a few years later, in 1922, Charles would become Manager of the combined mining operations on Bell Island, and would remain in that position until 1948. Photo courtesy of their granddaughter, Ruth Archibald.

​Read a biography of C.B. Archibald on the People page "A-B." See more Archibald photos in the Photo Gallery under "Archibald."