​They sailed with convoys of merchant ships bringing vital supplies to Britain. Their role was to assist stricken vessels after they were damaged by enemy attacks. This was dangerous work requiring great skill to ensure that ships were brought to safe havens despite bad weather, the presence of U-boat submarines and enemy aircraft. Rescue tugs were largely manned by Merchant Navy crews under Royal Navy orders. From 1941, they were based at Campbeltown, Scotland. Nicknamed the “Campbeltown Navy,” they helped save over 3 million tons of Allied shipping, over 250 warships and hundreds of Allied seamen, mostly in the North Atlantic. 20 rescue tugs were lost on active service. (Info from liverpoolmuseums.org.)

Here is a brief description of the Rescue Tug Service from Nicholson's More Fighting Newfoundlanders, 1969, pp. 505-506:

At the time of the Battle of the Atlantic and in the months to follow, 104 Allied rescue tugs played an important role in helping to reduce the toll taken by the enemy on Allied and neutral shipping. Many a stricken merchantman that had been crippled by a German U-boat was brought with its valuable cargo safely into port, towed at the end of a quarter-mile or more of rope or cable, by one of these sturdy salvage vessels. In the early stages of the war, rescue tugs would be stationed at a terminal convoy port. Later it became the practice for a large convoy to be accompanied throughout its journey by one of the tugs, as well as by a rescue ship (manned and operated by the Merchant Marine) whose special task it was to pick up survivors from a ship that had been sunk by enemy action. Altogether Allied tugs brought into port, or assisted after grounding, 243 merchant ships and 81 warships up to the size of a cruiser. Many of the 215 Newfoundlanders who enlisted in the Rescue Tug Service were originally recruited for the Merchant Marine by the Newfoundland Railway. After serving for varying periods on British merchant ships, they joined the Rescue Service at Cardiff, which was a sub-base under Devonport. They were signed on under the "T 124 T" agreement, which gave them Merchant Navy rates of pay, though they came under naval discipline and they wore naval uniform, their cap band bearing the name H.M.S. Drake. 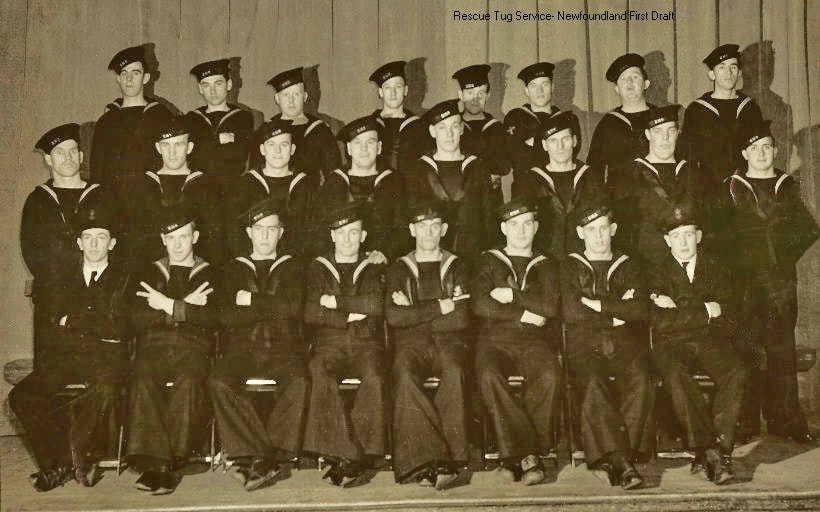 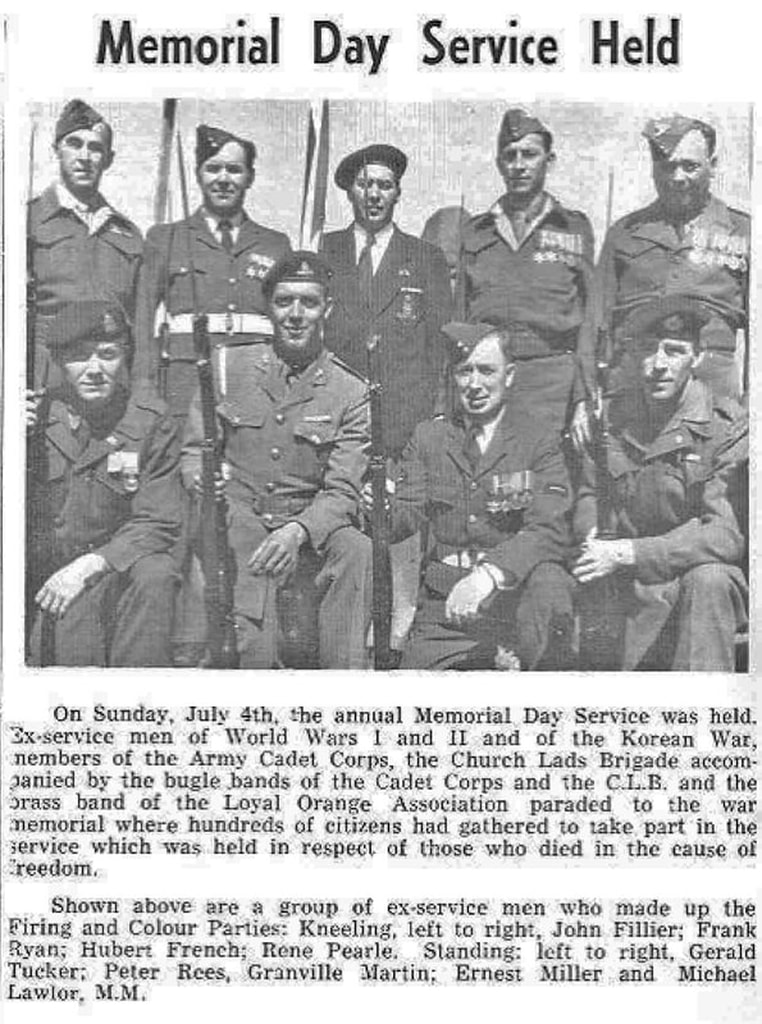 Some of the men in the photo above are included in the photo below, which was provided by Marylyn Emberley, whose father, Peter Rees, is in the center of the front row below. The date is unknown, but possibly latter part of the 1950s. These men, as identified by Marylyn, are: 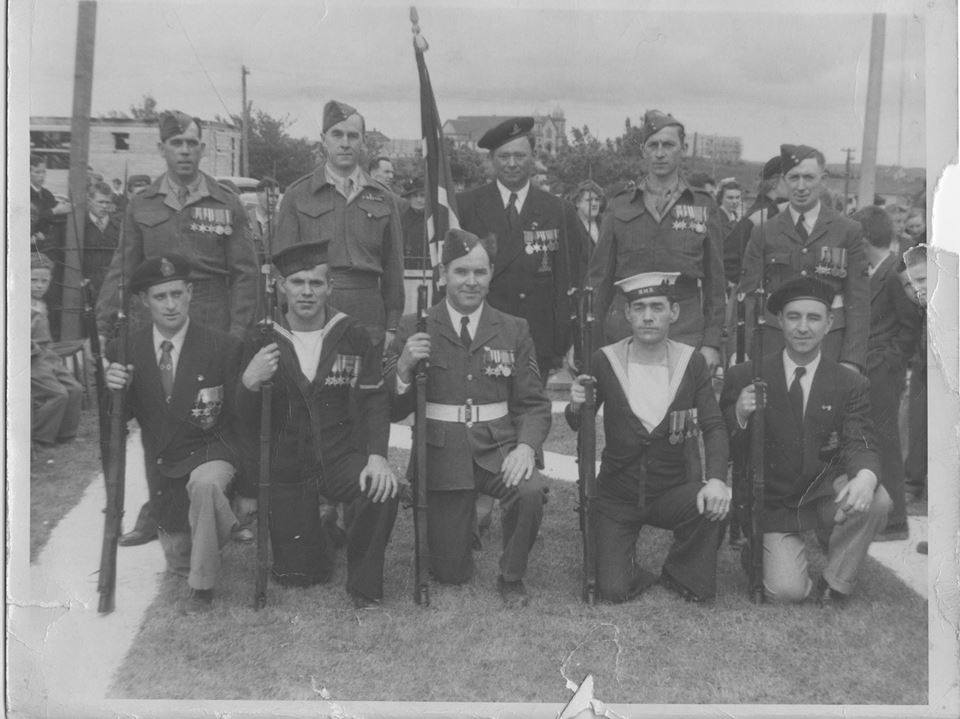