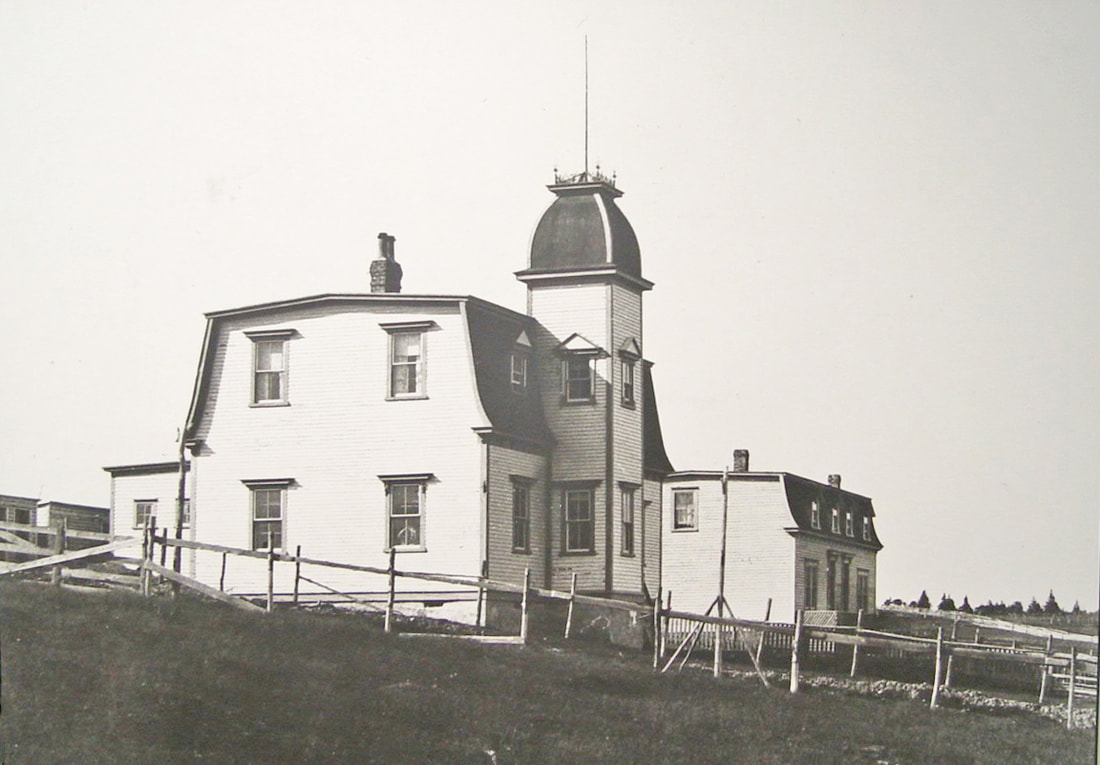 In 1925, a new public building was being advocated as the building on Court House Hill was considered inadequate to house the Customs, Magistrate and Police offices. On September 2, 1942, the Daily News reported that "The old Court House building at the Front [Bell Island] has been sold to Michael Stoyles of Lance Cove who will have it dismantled and removed. Application was made by the Society for the Protection of Animals (SPA) for the outhouses belonging to the Court House... the Government has given a deed of gift for these to the SPA, and they will be used as a pound for stray animals."

The Constable's Residence:
In the Fall of 1900, Constable J. Fitzgerald was stationed on the Island as police officer. (He was not the first policeman to have served on Bell Island, however, as a Government memorandum of November 21, 1814 noted that Martin Dwyer was then the Head Constable of Belle Isle.) Sometime before April 1935, there was a second police residence, which was located at "The Mines," ie. the business district that was located at the north side of the Island near the mines. The newspaper report read, "Head Constable Seward moved into the police residence in the Court House building [sic: "next to" the Court House building] at the Front after the departure of Head Constable William Martin (retired), and Constable H. Strange moved into the police residence at the Mines."
2nd Court House (1942-post 1984)
​Bennett Street

Subject: Bell Island's 2nd Court House.
Location: North side of Bennett Street, 2nd floor of the Government Building (2nd building east of the intersection with Petrie's Hill).
Construction material: Wood with concrete base.
Date of Construction: 1942?
Dates of operation: 1942-?
Date of Destruction: the Government Building is still standing in 2021.
​History: The cream-coloured building second from the left in the above photo is the Goverment Building that houses the Welfare Offices on the east side and the Public Library on the main floor of the west side. The Public Library opened in 1958. Between 1942 and 1958, what is now the Public Library was occupied by the Post Office. It also housed Bell Island's 2nd Court House (east side, 2nd floor) from 1942 until Bell Island lost that service (sometime after 1984). The east side main floor housed the RCMP offices and quarters from 1950 until a new RCMP Headquarters was built on Memorial Street.  The dark red building in the left of the photo is the former Bank of Nova Scotia, now housing an ATM machine and craft shop. The light-coloured building across Bennett Street was the DOSCO Main Office, with the DOSCO Staff House, built in 1957, on the far right. The DOSCO buildings are no longer standing.
Post Office and Postal Telegraph Office (1935-1942)
​Bennett Street just east of Dominion East Track
Subject: The "Mines" Post Office
Location: North side of Bennett Street a few doors east of intersection with Steve Neary Boulevard which, at that time, was the Dominion East Track; in the early 1960s, this site was occupied by Bowring Brothers Department Store.
​Construction material: Wood
Date of Construction: Winter 1935
Dates of operation: March 12, 1935 - 1942
Date of Destruction: Is this the same building still standing in 2021, now a warehouse?

History: Built by James Case, it occupied the space where Bowring Brothers' Department store was located in the early 1960s. A Post Office was still in operation at The Front in 1935, managed by Marjorie Davis. When this new building was opened on March 12, 1935 by W. Bellamy and J.H. Small of the Department of Posts and Telegraphs, it housed the "Mines" Post Office and Postal Telegraph Office. It measured 45' x 25' and "replaced the old Post Office on Town Square which had been the subject of many protests and complaints because of its size."

​In the photo above of the "2nd Court House," the location of the 1935 Post Office is where the flat-roofed white building in the center distance is now located.
Post Office and Postal Telegraph Office (1958-present)
No. 2 Road, south side, at bottom of Petrie's Hill
​​Subject: Bell Island Post Office
Location: No. 2 Road, south side, at bottom of Petrie's Hill
Construction material: Wood frame construction with brick facing and stucco panelling.
Date of Construction: 1957
Dates of operation: 1958-present
Date of Destruction: Still standing in 2021
​History: It was announced by the Federal Department of Public Works in late July 1957 that a contract for $86,847 for the construction of a federal building at Bell Island had been awarded to the Newfoundland Engineering and Construction Company of St. John's. The specified completion date was December 1957. The new building would provide accommodation for the Post Office Department, the Department of National Revenue, Customs and Excise Divisions, and Canadian National Telegraphs. The building would have a frontage of 68 feet and a depth of 76 feet, and would be serviced from trucking yard at the rear. It is a one-storey building, without basement.
Source: The Evening Telegram​, July 25, 1957, p. 3.