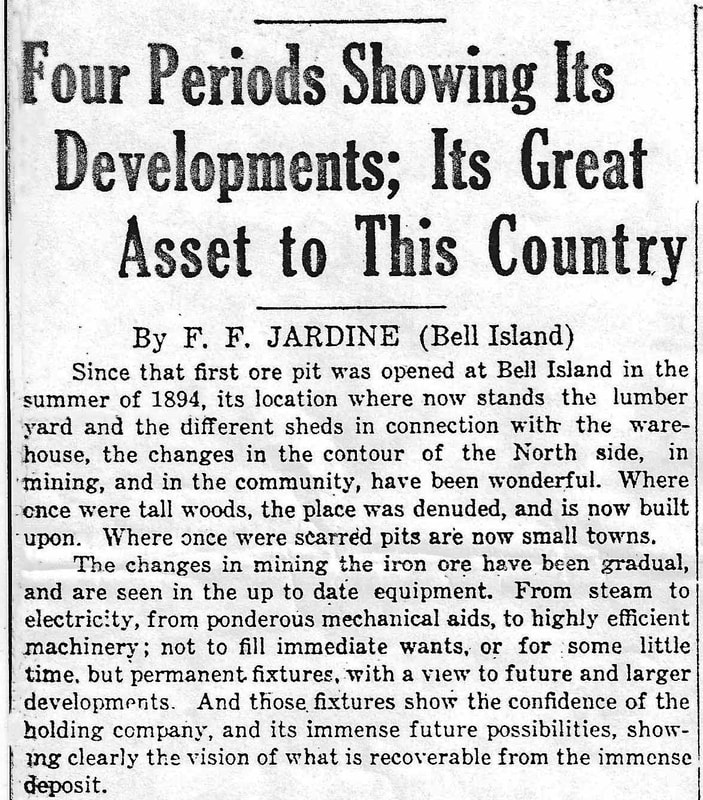 Thus ends the first period of Mr. Jardine's history of the Wabana Mines.

The last topic he covers in Part 1 is the discovery of the large fossil, believed to have been a Pterodactyl. Mr. Jardine was not living on Bell Island when the fossil was found in 1902, so he would have learned of it second-hand. When this article was published, it spurred a response from Arthur House, who was the man who actually discovered the fossil and knew the story first-hand. Mr. House's own history of the early years of mining on Bell Island, including the story of the fossil, was published in the Daily News in March 1939. I will be posting his article after I have completed posting Mr. Jardine's. In the meantime, you can read Mr. House's story of the fossil on this website on the "Extras" page. In the drop-down menu, click on "Great Dinosaur Fossil." Between these two knowledgeable gentlemen, we learn a great deal about the early development of the Wabana Mines and the men who were involved in the hard work, things that we would never have known if they had not taken the time, in the late 1930s, to write their stories. 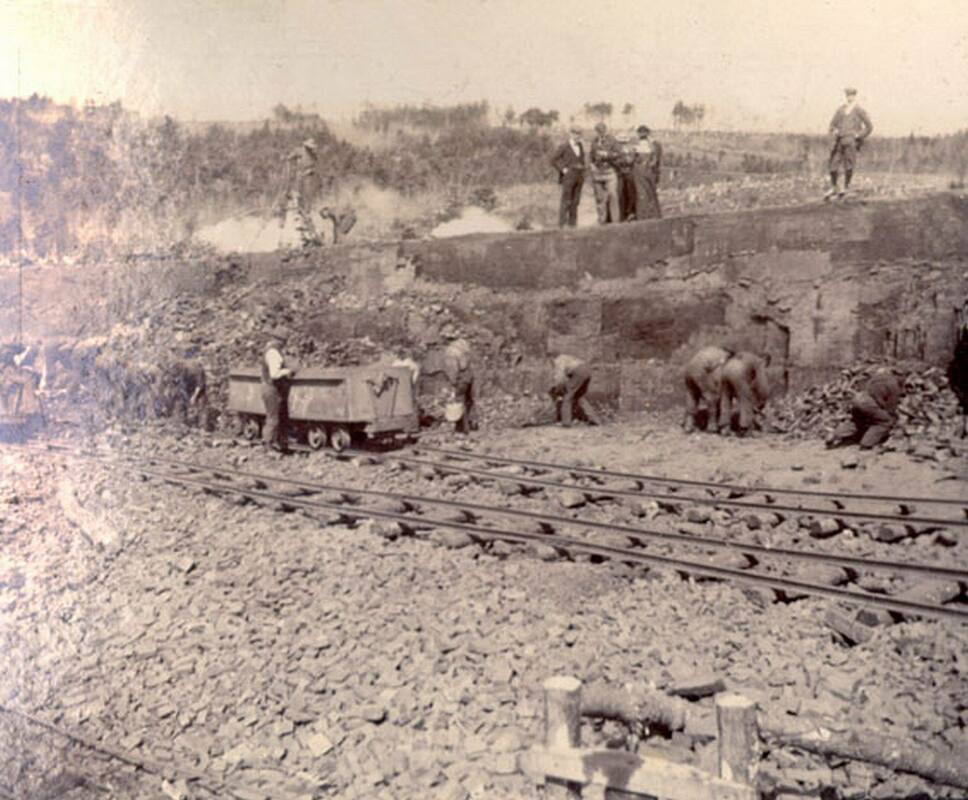